Condition Note: Condition: Fair to Good. Slight edge wear, some scuffing and staining throughout, slight creasing in all corners, pinholes in middle of card, single-sided

The first of a long-running series of Monogram-produced westerns starring Johnny Mack Brown and Raymond Hatton that replaced the Rough Riders series following the death of Buck Jones in the Boston night club fire. Though the next three years featured Brown (as Nevada Jack McKenzie) and Hatton (in his Sandy Hopkins role from the Rough Riders series) as undercover marshals in some form or another, this initial entry had Brown as a lone rider seeking vengeance and he and Hatton’s characters were unknown to each other through most of the film. Hopkins offer McKenzie a marshal’s job at the end of the film, which the Brown character declined and rode off alone on his quest. This quest didn’t take long as by the next film in the series Nevada Jack McKenzie was a full-fledged U. S. Marshal.

Also Featuring the Cast of The Ghost Rider 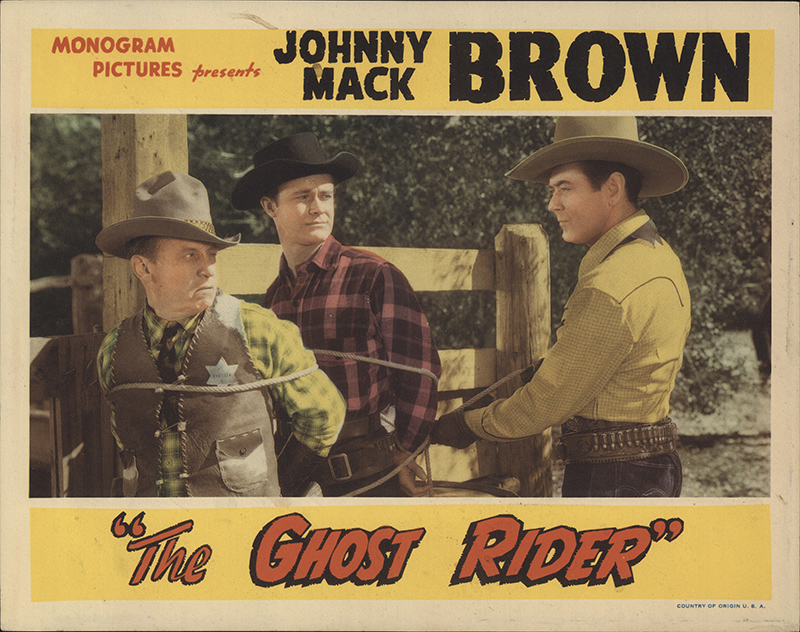