The U. S. Marshal of Arizona orders his ace trouble-shooter. “Cheyenne” Davis(Lash La Rue)to Waterhole, a deserted mining town, so that he can aid “Fuzzy” Jones (Al St. John), the local law-enforcement officer, in an investigation into the disappearance of Bob Craig (Bob Woodward), a federal surveyor. “Cheyenne” arrives just after two henchmen, Flint (Terry Frost) and “Waco” (Lane Bradford)have ambushed a man named Rodney Trent (Steve Clark)and left him for dead after stealing his papers. “Cyeyenne” and “Fuzzy” take him to “Fuzzy’s” shack, where he tells them he has come west to look into an offer from Vince Sharpe (Jack Ingram)fo the land he has inherited in Barton City, and also tells them his daughter, Diane (Jennifer Holt)is on her way to join him. Back in Barton City, thinking they have killed Trent, report to Sharpe, who is dismayed to learn from Trent’s papers that he has a daughter, who will inherit Trent’s holding when he dies. “Cheyenne” decides that Sharpe must have a good reason for wanting the apparently-worthless land, and he and “Fuzzy” devise a plan of action to find out the reason. 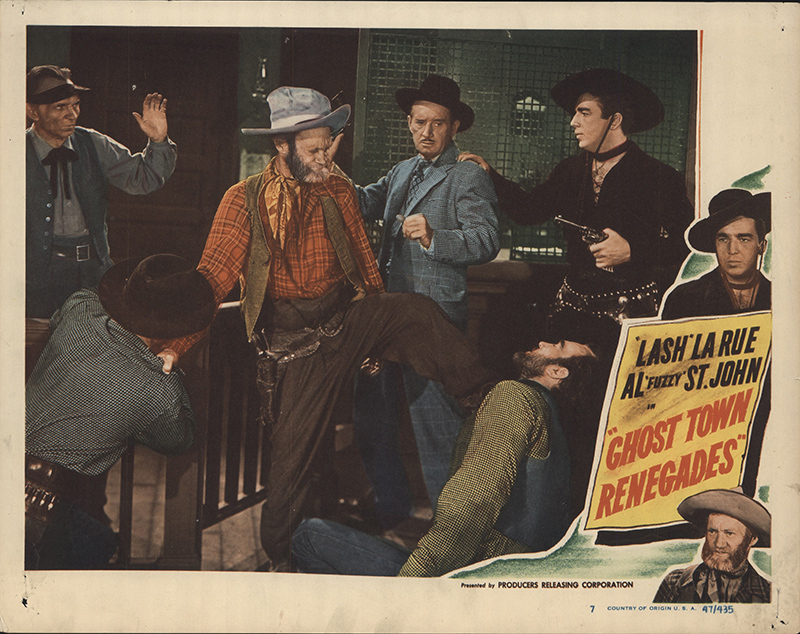