Condition Note: (VF) Fold separation along both vertical folds on the upper piece, in 6 locations at each horizontal fold. Good color. Lower piece has slight tearing and extra fold along right edge. Folded. Condition upgraded to NM-M after linen backing

The Girl in Black Stockings, the 1957 Howard W. Koch sex crime mystery film noir (“Her golden blonde hair… Her blood-red lips… Her soft warm skin… – now they were all at the mercy of a crazed killer!”; “High Society Dames for hire”; “the girl on the loose”; “The smart secretary”; “..they are too teasing… too tempting… too easy a traget for a crazed killer”) starring Lex Barker, Anne Bancroft, Mamie Van Doren (blonde bombshell of the 1950s, who never made the transition to A-roles; her top years were in the mid to late 1950s; in 1959, she was released from her contract and she made a few foreign and independent movies, and TV appearances, remaining as “classy” as ever!), Ron Randell, Marie Windsor, John Dehner, John Holland, Diana Vandervlis, Richard Cutting, Larry Chance, and Stuart Whitman

Also Featuring the Cast of The Girl In Black Stockings 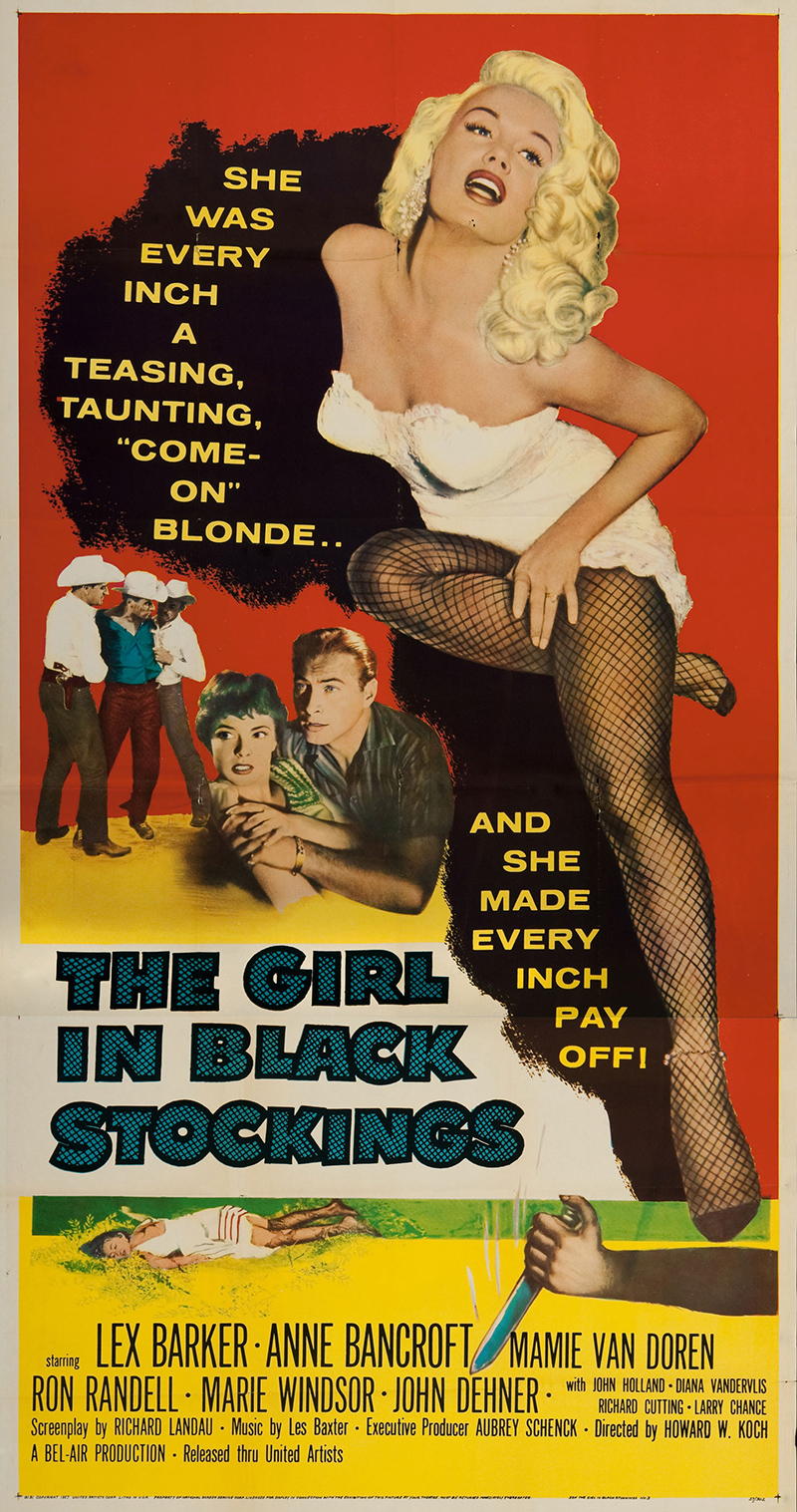