During the Sioux Wars, General Frederick McCabe’s 3rd U. S. Cavalry Regiment is recruiting and training men for the upcoming campaign against the Sioux. Captain Demas Harrod is in charge of the D troop. He’s also in-love with pretty Lou Woodard who lives in Mule City. Lou is engaged to Sol Rogers, chief of scouts under General McCabe. Lou doesn’t seem to make up her mind regarding the man she really wants. She claims to be attracted to both men. This brings the two rivals into conflict that often times ends up into fist fights. At the fort, the training of men intensifies. After the graduation, the troopers get a well-deserved leave which they spend in nearby Mule City drinking heavily and causing disturbances. These disturbances prompt the town Marshal and his deputies to try to arrest the rowdy soldiers. A general fist-fight ensues, bringing Captain Harrod and chief of scouts Rogers together on the same side of the punch-up match. General McCabe participates in a commanders’ briefing where a plan of attack against the Sioux is devised. McCabe is ordered to advance his regiment to a rendezvous point and wait for General Hoffman’s regiment. He’s told to refrain from attacking the Sioux without Hoffman’s support. However, General McCabe is an ambitious man dreaming of glory. He secretly decides to rush his troops to arrive at their predetermined destination a day early. He intends to attack the Sioux without General Hoffman’s assistance and therefore claim all the glory for himself. Unknown to him, the Sioux forces are much larger than previously estimated. General McCabe and his troops are in mortal danger.

Also Featuring the Cast of The Glory Guys 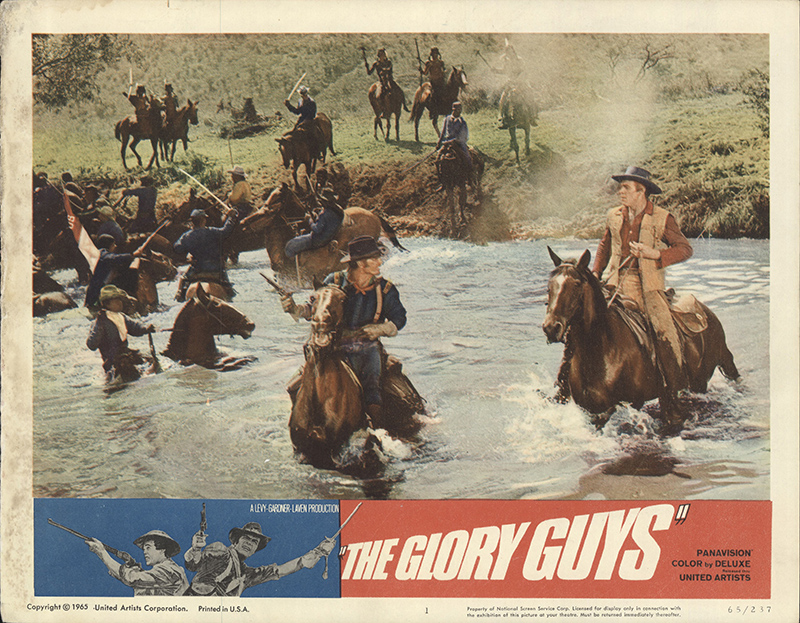