Marshal Flagg, an aging lawman about to be retired, hears that his old nemesis, the outlaw McKaye, is back in the area and planning a robbery. Riding out to hunt down McKaye, Flagg is captured by McKaye’s gang and finds out that McKaye is no longer the leader of the gang, but is considered just an aging relic by the new leader, a youngster named Waco. Waco orders Mackaye to shoot Flagg, and when Mackaye refuses Waco abandons both of them. Flagg then takes Mackaye back to town only to find out that he has been “retired”, and when he sees how clueless and incompetent the new marshal and the city fathers are, he persuades Mackaye that it is up to the two of them to stop Waco and his gang from ravaging the town. The Good Guys and the Bad Guys, the 1969 Burt Kennedy cowboy western (“Naturally, I’ll take the good guys but I really don’t mind taking the bad guys either.”; “How would you like your mind blown?”; “Written and Produced by Ronald M. Cohen and Dennis Shryack”; about an aging marshal who is searching for his lifelong foe who was abandoned by his gang for being “over the hill”) starring Robert Mitchum, George Kennedy, Martin Balsam, David Carradine, Tina Louise (best remembered as “Ginger” on TV’s “Gilligan’s Island”), Douglas V. Fowley, John Davis Chandler, Lois Nettleton, John Carradine, and Marie Windsor 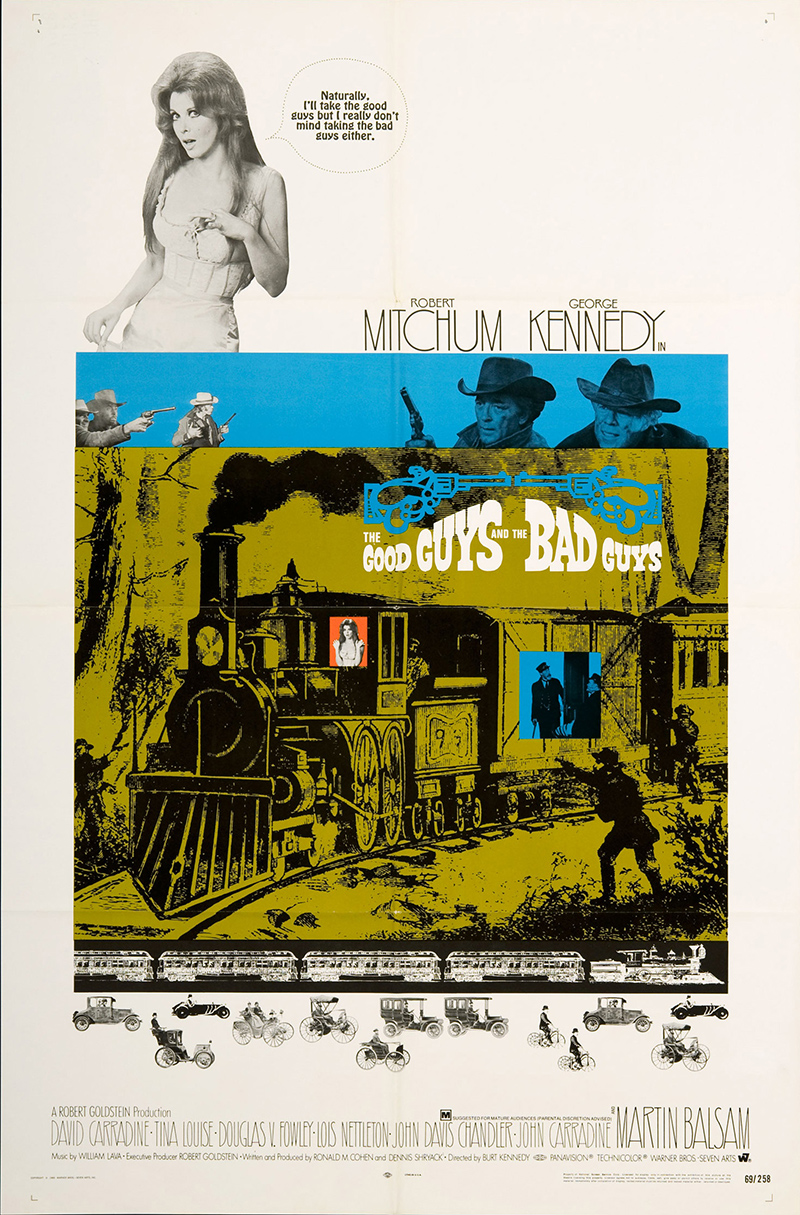