Boxer Jack Jefferson (James Earl Jones) is the world’s reigning heavyweight boxing champion. There’s just one problem, he is also the first black heavyweight champion, and that bothers a lot of people. Jack’s celebration is cut short, as Jack is framed for crossing a state line with Eleanor, his white fiancé (Jane Alexander in her first film role), a violation of the Mann Act. Facing a prison sentence, Jack escapes to Europe, with Eleanor in tow, encountering problems in England, and then France, and eventually landing in Cuba. In Havana, Jack agrees to enter the boxing ring for what might be the bout of his life. Both Jones and Alexander were nominated for Oscars.

Also Featuring the Cast of The Great White Hope 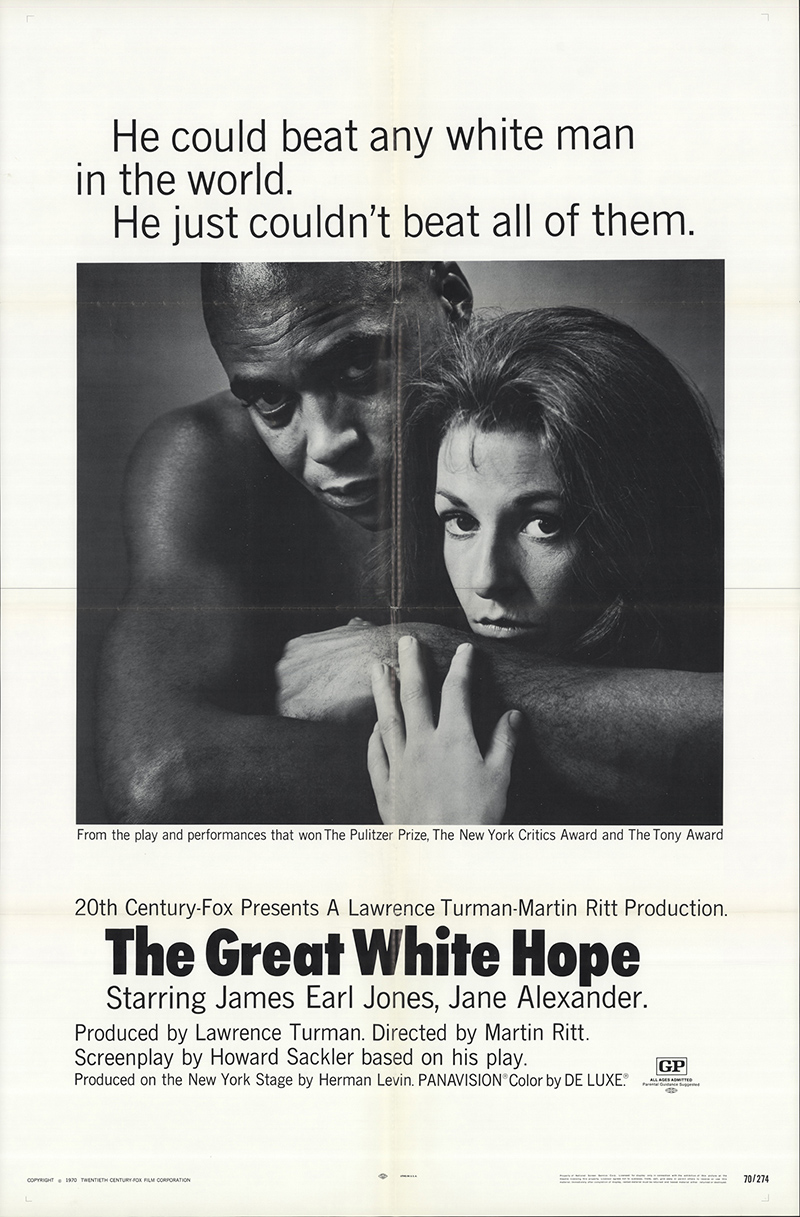