In 1886, the gunman and gambler Tom Early returns to his homeland to settle down, but he is rejected by his community. He rides to his farm, where he finds that his wife Alice has recently died and his son Tom Early Jr., who disagrees with taking up arms, is working alone. The next morning, Tom rides into the town to buy supplies and sees Sam, the grocer, humiliating his employee Jo. At the same time the cattle lord Grimsell arrives in town with two gunfighters, Gunn and Blondie, and tells the Preacher that he will be crossing 20,000 head of cattle through their lands and their town. Although the preacher tries to explain that the people own the land, Grimsell is not interested in their rights. When Blondie sees Tom Early, he draws his gun but is shot by Tom, in self defense, and kills the gunman. He then invites Jo to work on the farm. While the Preacher wants to send an emissary to Laramie to bring the law to his town, Grimsell summons more than thirty gunfighters to work for him. When the emissary is murdered by Gunn, the naive Preacher organizes a posse to unsuccessfully fight against Grimsell. The farmers are ambushed and attacked and the survivors return to the town. But Tom Early decides to provoke a stampede and fight against Grimsell. 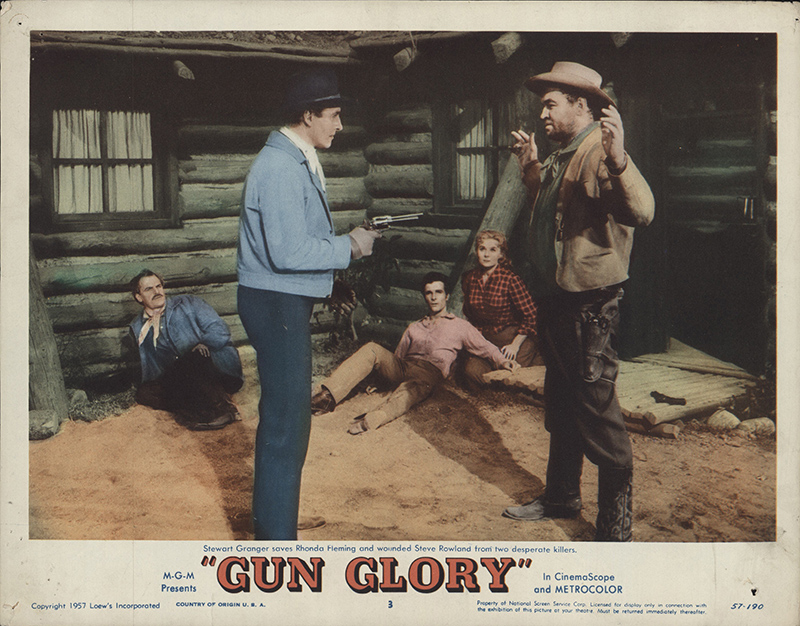