Kate Diamond owns the Roaring Falls Trading Post from where she directs her gang’s gun-smuggling to the Indians. After she short-changes smuggler Stacey, his men attempt to steal the hidden guns, and attack her foreman Nebraska, but he is saved by Jimmy and “Cannonball” on their way to file a homestead claim at Canyon City. Jimmy renews a long acquaintance with Sheriff Harris and his daughter Jessica. The sheriff is wounded by half-breed Danny when he finds a rifle hidden in the latter’s wagon, but Jimmy captures the outlaw, a go-between for Kate and the Indians.Wounded and in bed, Sheriff Harris ask Jimmy not to tell Jessica that she is only adopted and that Nebraska is really her father, although he believes her to be dead. Danny is allowed to escape and Jimmy follows him to Kate’s trading post where she kills him, pretending self-defense in order to allay Jimmy’s suspicions. Kate persuades Jessica to take Harris to another doctor in Lansing, so she can secretly hide the guns in the wagon and get through the blockade Jimmy has set up on all the roads. 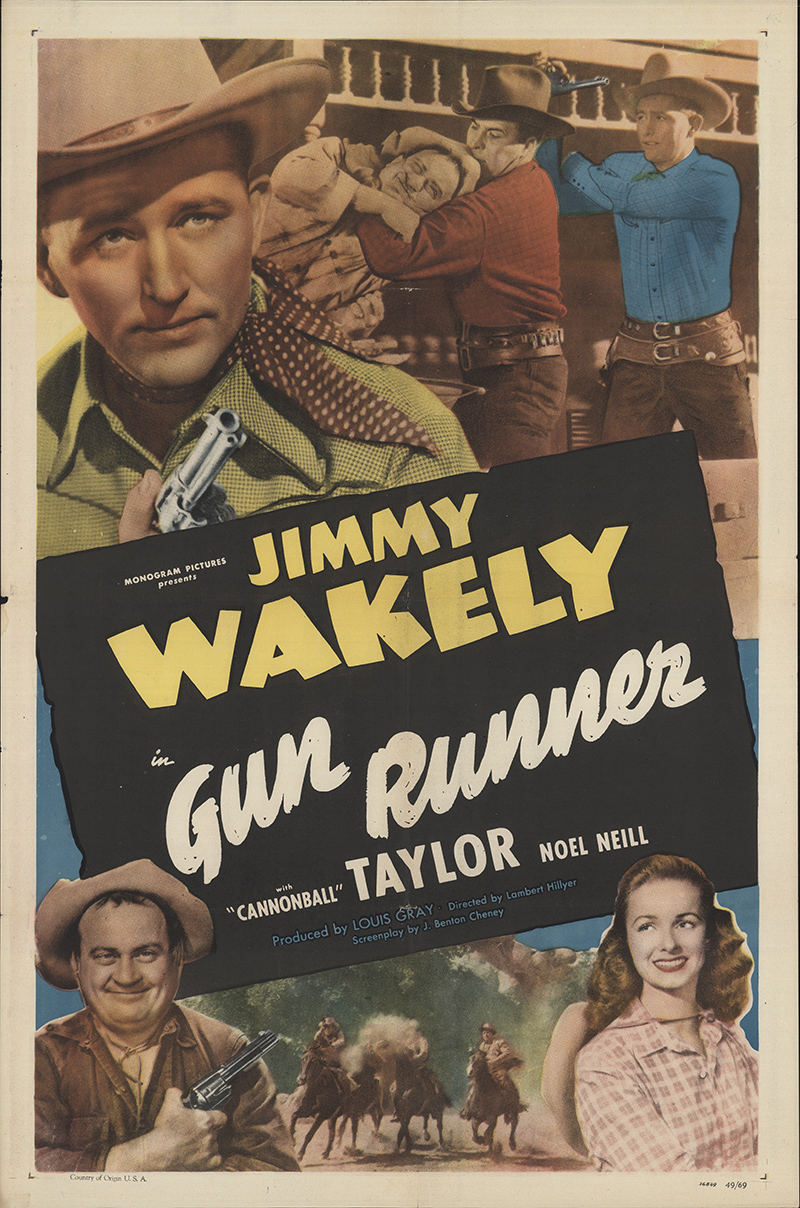