Peter Gunn investigates the murder of Scarlotti, a mobster who once saved the detective’s life. The primary suspect appears to be Fusco, who has taken over. In the middle of the case, an unclothed woman calling her self Samantha shows up at Gunn’s apartment. The investigation gets grizzlier as it goes on, including the bombing of Mother’s, one of Gunn’s hangouts. Finally, Fusco gives Gunn a deadline to prove the mobster didn’t kill Scarlotti – or else Gunn will be killed.

Also Featuring the Cast of Gunn 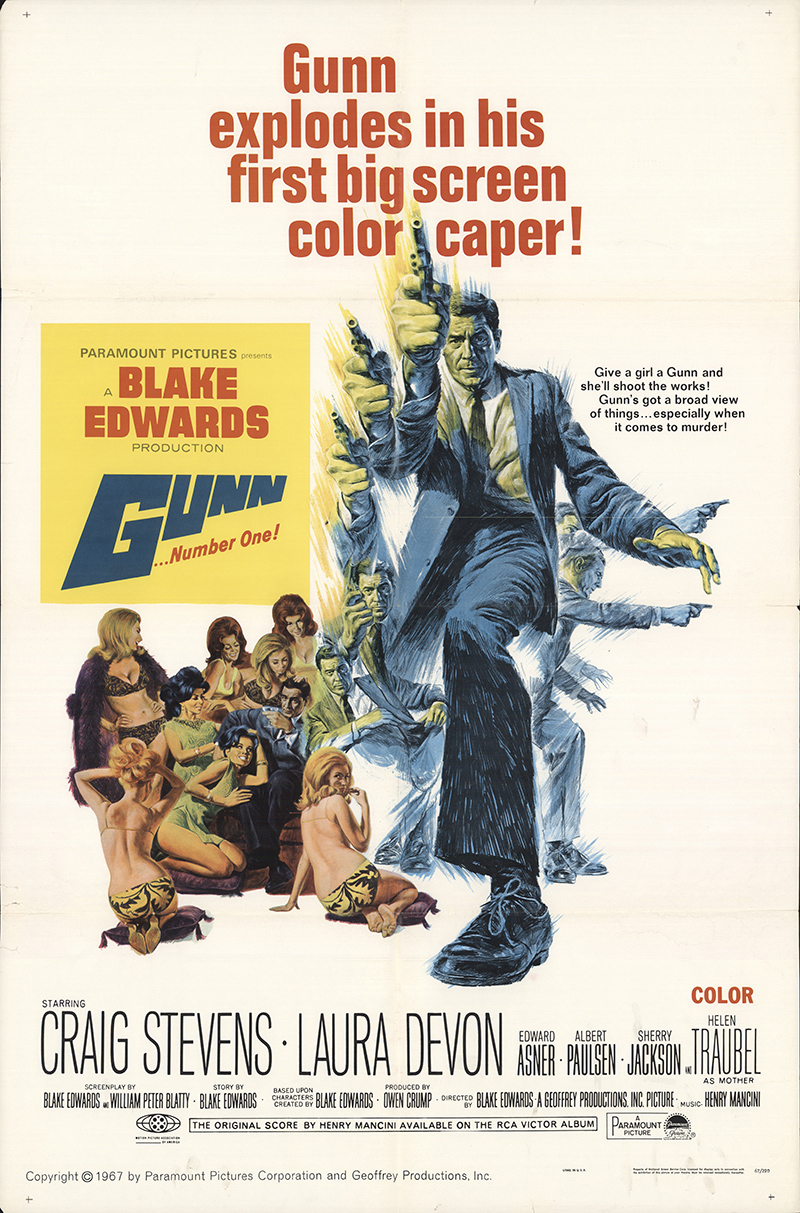