Regimental Sergeant-Major Lauderdale is a spit-and-polish, by-the-book disciplinarian, who seems like a 19th Century anachronism in a sleepy peacetime African outpost of the modern British Commonwealth. He is ridiculed behind his back by his subordinate NCO’s and must play host to a liberal female MP making a tour of the base. However, when an ambitious African officer, who happens to be a protege of the MP’s, initiates a coup d’etat against Captain Abraham, the lawful African commandant, the resourceful RSM uses all his military training to arm his men despite being under house arrest and rescue the wounded commandant from a certain firing squad. When Lt. Boniface, the leader of the mutiny surrounds the sergeants mess with two Bofors guns, it looks like Lauderdale will have to surrender unless he again disobeys orders and takes the initiative. Guns At Batasi, the 1964 John Guillermin English British-in-Africa military war action thriller (“Outnumbered… But Never Outfought!”; “Outnumbered a hundred to one… yet fighting like a thousand heroes!”; “These were the last of the great adventurers who came to build a land… And now were suddenly trapped in the crossfire of a nation in revolt!”; “…Where terror waits at every turn…where the unknown closes in on every side… and the adventure erupts with every blast of the Guns at Batasi”) starring Richard Attenborough, Flora Robson, John Leyton, Jack Hawkins (billed as “with the Special Appearance of Jack Hawkins as Colonel Deal”), and Mia Farrow (in her first credited role; billed as “introducing Mia Farrow”)

Also Featuring the Cast of Guns at Batasi 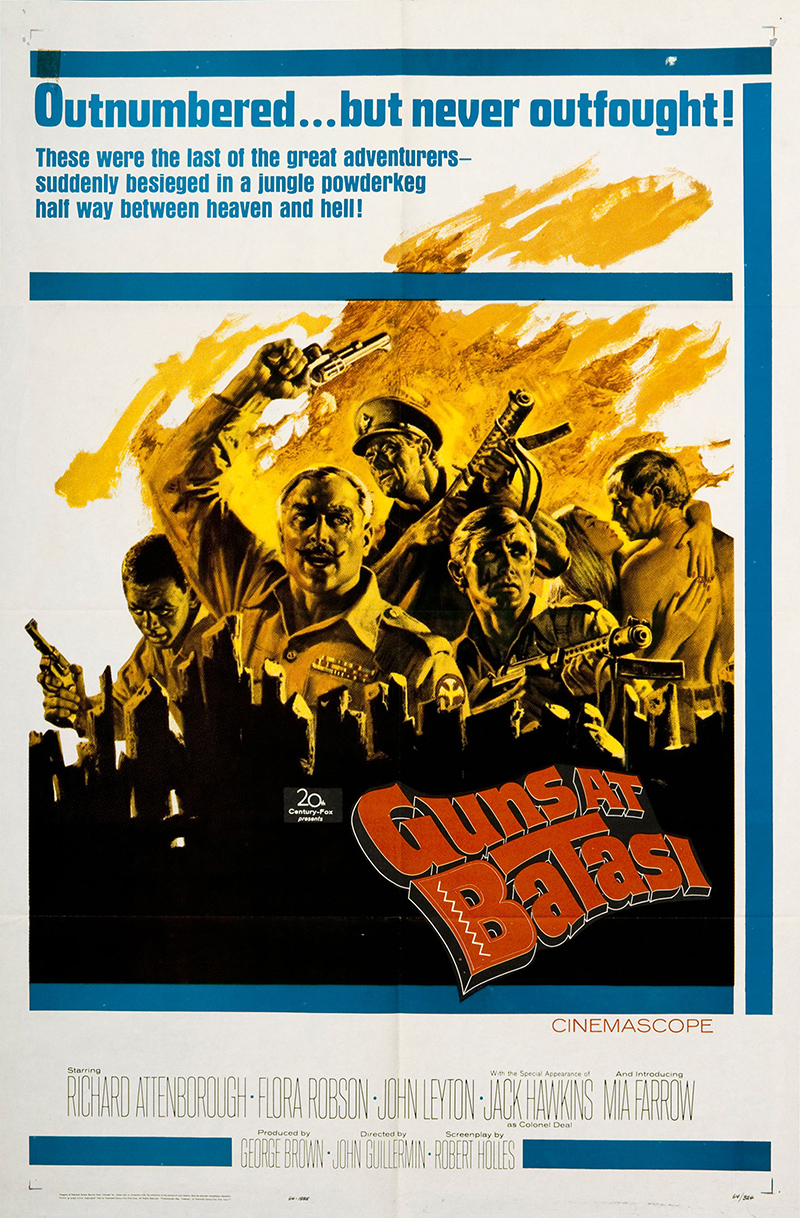