The latest of a series of stagecoach holdups in the Arizona Territory takes place on a stagecoach in which Mike Ryan, undercover agent for the stage line, and Molly Jones, daughter of the local sheriff, are passengers. The bandana masking one of the robbers slips and he is killed by the gang-leader Velvet Clark. The latter masquerades as a respectable piano-playing citizen of the community. The townspeople are aroused enough over the continued robberies that they ask Sheriff Tom Jones to resign but they agree to give him more time when he takes on Ryan as a deputy. Circumstantial evidence leads the sheriff to Clark, but the latter kills him and escapes. Ryan tracks him to Gunsight Ridge where there is a showdown gunfight. 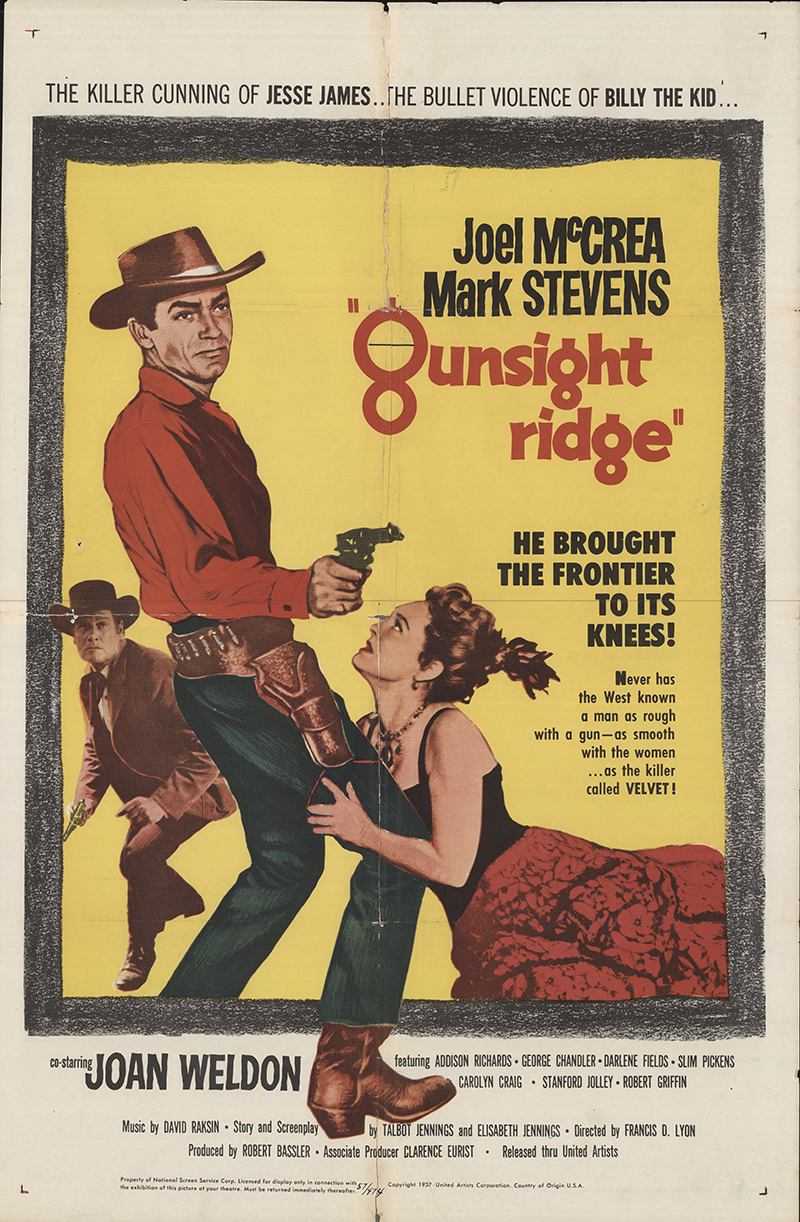