View cart “First Family” has been added to your cart.

The complete innocent, Michael Jordon, is drawn into a web of secrecy and government secrets when a girl carrying a mysterious package gets into a taxi with him. When she is later murdered, Michael is the chief suspect and on the run. Hanky Panky, the 1982 Sidney Poitier (the greatest black African-American actor of all time, and, until recently the only black winner of the Best Actor Academy Award) romantic crime comedy (“When you’re wanted for a murder you didn’t commit, chased for secrets you didn’t steal, and running from people who want to kill you, the worst mistake you can make is falling in love…”; “Meet Michael Jordon. And his mistake.”; “Something Funny’s Going On Here”) starring Gene Wilder, Gilda Radner, Kathleen Quinlan, Richard Widmark (“as Ransom”), Robert Prosky, Josef Sommer, and Johnny Sekka 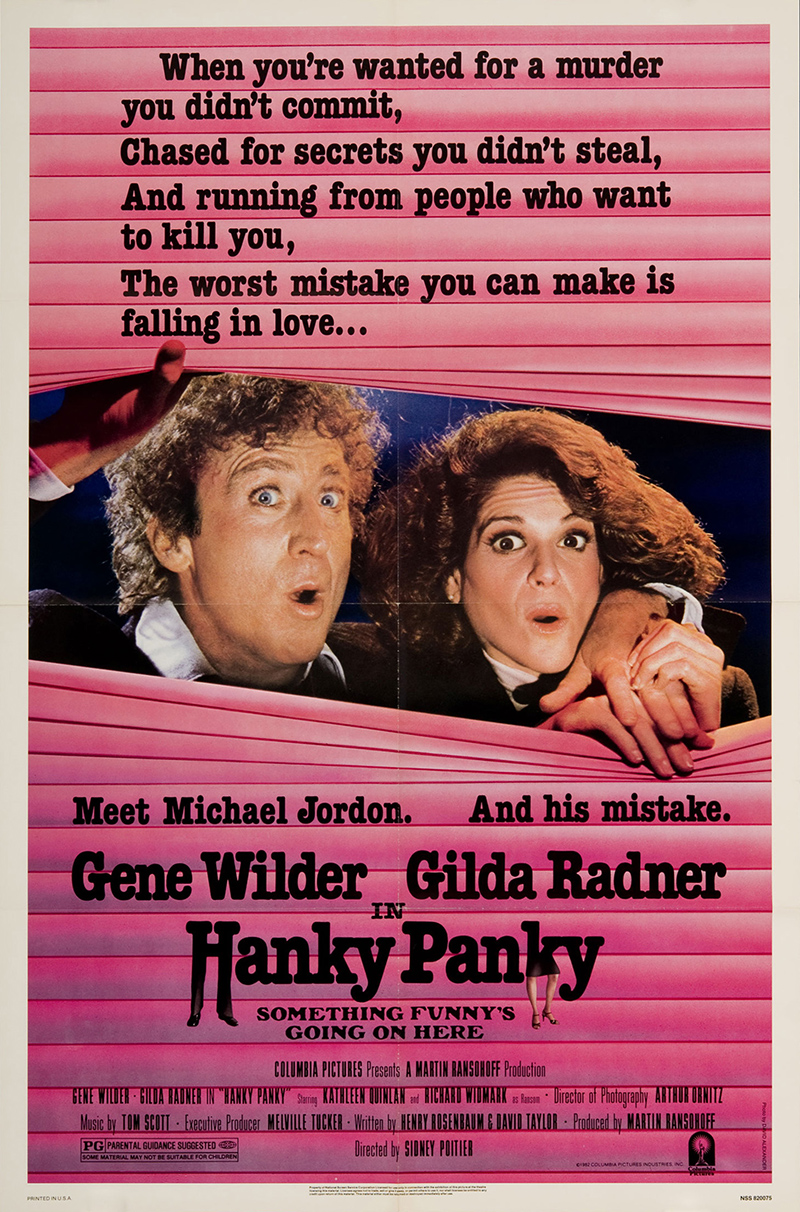