In WW2, captured British soldier Stephen Brooks is on a prison train to Germany.On the train he meets an American prisoner, Packy, who’s obsessed with escaping.Brooks tries to temper Packy and reminds him that escaped prisoners are shot if recaptured.Packy is insistent despite Brooks’ warnings. On arrival at the POW camp Stalag 7A, Brooks and other fellow POWs are sent to work at the local Munich zoo, to care for the animals.Brooks is assigned to care for Lucy the elephant.The German caretaker in charge of Lucy is asked to train Brooks in his new job.At first, Brooks hates the assignment, considering the large amount of animal waste to be cleaned daily.However, he eventually becomes attached to Lucy the elephant.After a devastating bombing raid that kills some of the animals and zoo staff it is decided to evacuate the surviving animals.Lucy is scheduled to be transported by train to Innsbruck, Austria.On the departure day, the train is commandeered by a moody SS Colonel, for his troops.The colonel jokes that Brooks can walk the elephant all the way to Austria, if he wishes.The joke gives Brooks the idea of walking the elephant to Austria, with two armed guards and a Polish maid as cook.The Munich Zoo director, worried for Lucy’s safety, agrees to evacuate her and send her to Austria on foot.Two soldiers provide the armed guard.One is Willy,a friendly Austrian soldier, and the other is Kurt,a brutal German soldier who gets drunk often, insults everyone and threatens to shoot the elephant.The group leaves Munich on a sunny day but the voyage to Austria isn’t a promenade in the park when they start running into trouble. 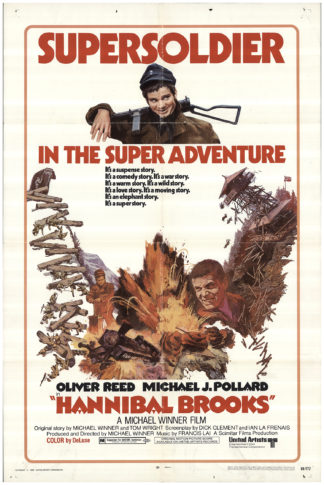