In Huntingburg, the armored truck with three million dollars driven by Tom and his Uncle Charlie gets stuck in the flooding and realizes that the town has been evacuated since the dam does not have capacity to hold the storm. While waiting for the National Guard, they are attacked by Jim and his gang formed by Kenny, Mr. Mehlor and Ray and the clumsy Kenny kills Charlie. Tom flees with the bags of money and hides them in the cemetery. Then he is hunted down by Jim and his gang and he hides in a church. Out of the blue, he is knocked out and awakes locked in a cell. Soon he learns that the restorer Karen believed he was a looter and hit him. Sheriff Mike Collins and Deputy Wayne Bryce go to investigate Tom’ story while Officer Phil takes Karen out of the town by boat. However she escapes with the boat and goes to the church. Meanwhile Tom is trapped in the cell full of water and Karen rescues him. He decides to return to the armored truck to retrieve a shotgun but he is captured by Jim and his men and learns that Charlie was part of the gang. He tries to retrieve the hidden money for the gang, but Sheriff Collins and his men have already taken it. Soon Tom learns that the Sheriff wants to keep the money for him and his men and Tom and Karen are witnesses and he teams up with Jim. 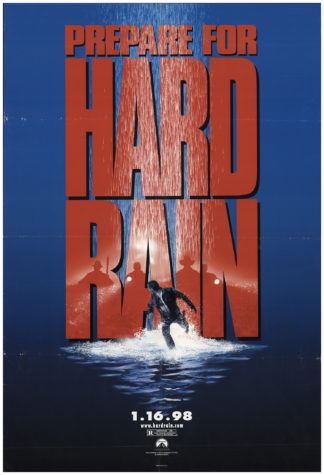