Condition Note: (NM) A bright clean poster. No pinholes, tears, stains, or fold separation. Poster has light folding and a bit of wrinkling along the vertical centerline. Folded.

In Seattle, aspiring pickpocket Ray is not very adept at his chosen profession. He thinks he’s made it to the big time when he learns that a “cannon” – a pickpocket – is looking for an apprentice. That cannon is Harry, recently arrived in Seattle, who has an aging associate Casey, a man with a penchant for cocaine. What Harry and Casey are really looking for is a “stall” – someone to act as the distractor. Harry thinks that Sandy, Ray’s girlfriend and one of his former marks, is better suited to the job, but Sandy will not do it unless Ray is included in the deal. Ray appreciates what Harry can and does teach him and Sandy, but Ray doesn’t much like the romantic and sexual interest Harry is showing in Sandy. After relocating their operation to stay one step ahead of the law, Ray, tired of being the fourth banana in the group, itches to become a world class cannon himself, which does not fit within Harry’s grand scheme. Harry in Your Pocket, the 1973 Bruce Geller theft crime thriller (“He’s the world’s greatest ‘cannon’!”; “If you only have eyes for her… If you just bumped into a stranger… If suddenly you develop sex appeal… You’ve got… ‘Harry in Your Pocket!'”; about a master pickpocket who trains a young man and woman, but he falls for the woman, and complications ensue) starring James Coburn, Michael Sarrazin, Trish Van Devere, Walter Pidgeon and Michael C. Gwynne 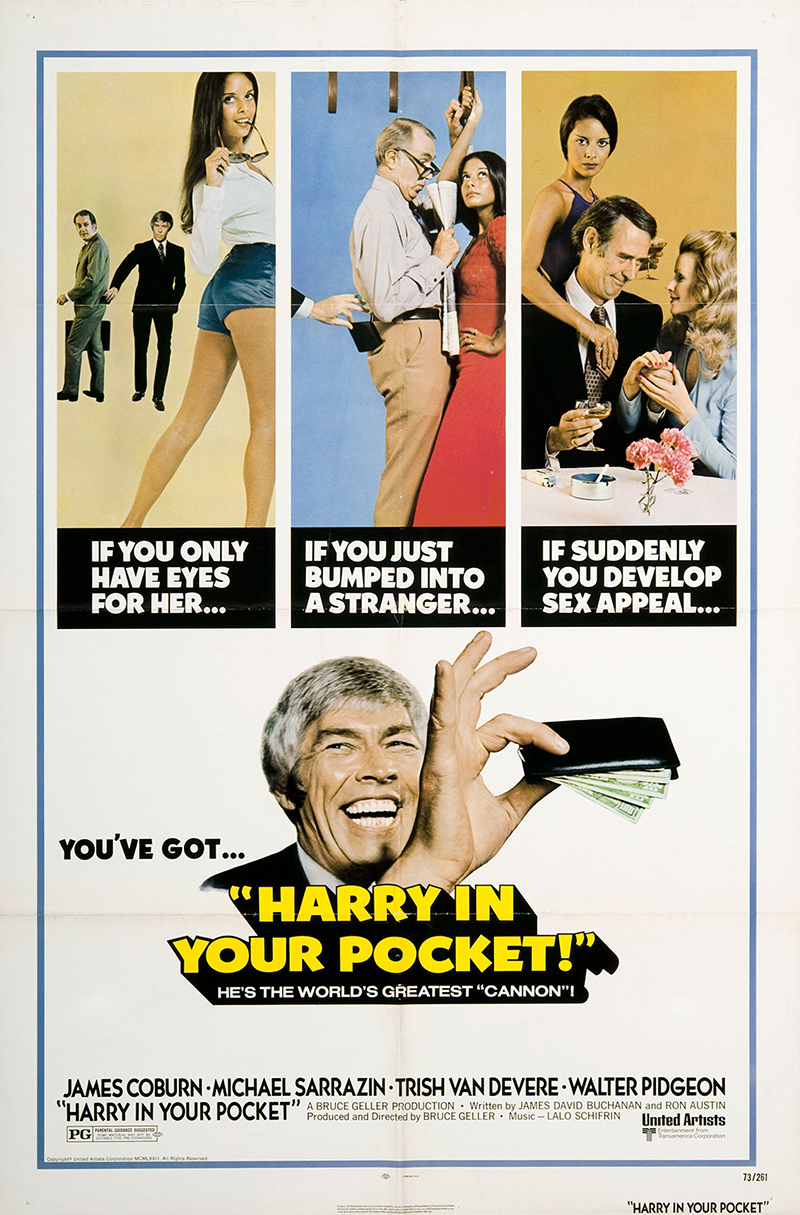