Roy Rogers (Roy Rogers), Frog Millhouse (Smiley Burnette), Gabby Whittaker (George ‘Gabby’ Hayes) and the Sons of the Pioneers (Sons of the Pioneers) undertake to protect the ranchers of Cherokee City from unjust charges levied against them for transporting their cattle to the stock yards of the packing houses. Trucking executive Ross Lambert (Edmund MacDonald) doubles his rates and Roy decides to try and convince old Colonel Silas Popen (Walter Catlett) to run his riverboat as far as Cherokee City and transport the cattle that way. Roy and his friends plan a “western” welcome for Popen and his daughter Mary Lou (Ruth Terry), but James Barabee (Paul Harvey, head of the cattleman’s association, sends Roy a wire warning him that Popen hates and fears anything smacking of the “wild west.” Lambert and his henchman Cully Bronson (William Haade) intercept the wire and start a campaign to make Cherokee City appear lawless and wild, so that Popen will refuse to bring his steamboats up the river. They also set fire to the steamboat and rustle all the cattle, hiding them in an underground cave covered by a waterfall. Mary Lou discovers the lair and Roy and his friends shoot it out with the Lambert gang.

Also Featuring the Cast of Heart of the Golden West 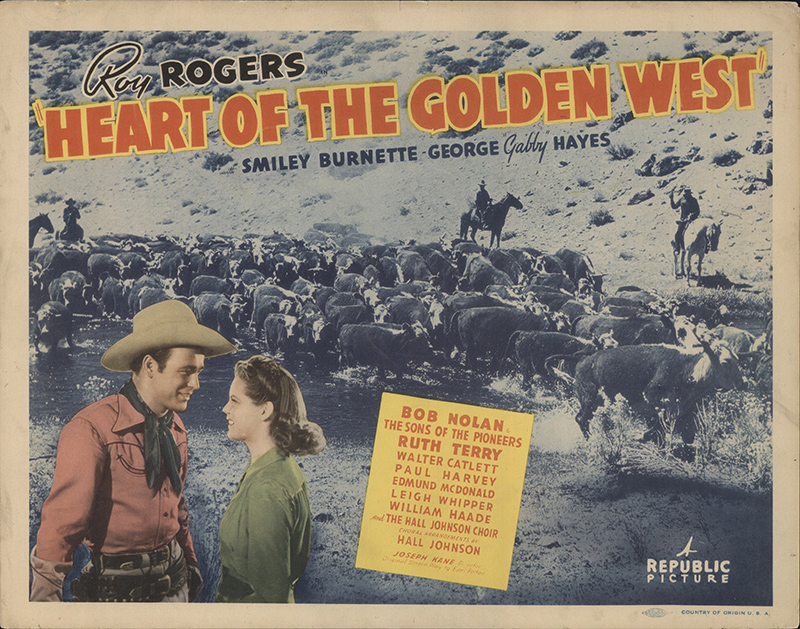