Lewis Tater writes Wild West dime novels and dreams of actually becoming a cowboy. When he goes west to find his dream he finds himself in possession of the loot box of two crooks who tried to rob him. During his escape, Lewis stumbles on to the set of a Wild West movie and through mishap and chance becomes a star of Hollywood Westerns. Hearts of the West (released outside the U.S. as “Hollywood Cowboy”), the 1975 Howard Zieff film-in-film acting movie-making cowboy western comedy (“Jeff bridges is Lewis Tater, the Iowa farmboy who blazed a trail across the barren-wastes of Hollywood and Vine in MGM’s comedy surprise.”; “Written by Rob Thompson”) starring Jeff Bridges, Andy Griffith, Donald Pleasence, Blythe Danner, Alan Arkin, Richard B. Shull, and Herb Edelman

Also Featuring the Cast of Hearts of the West 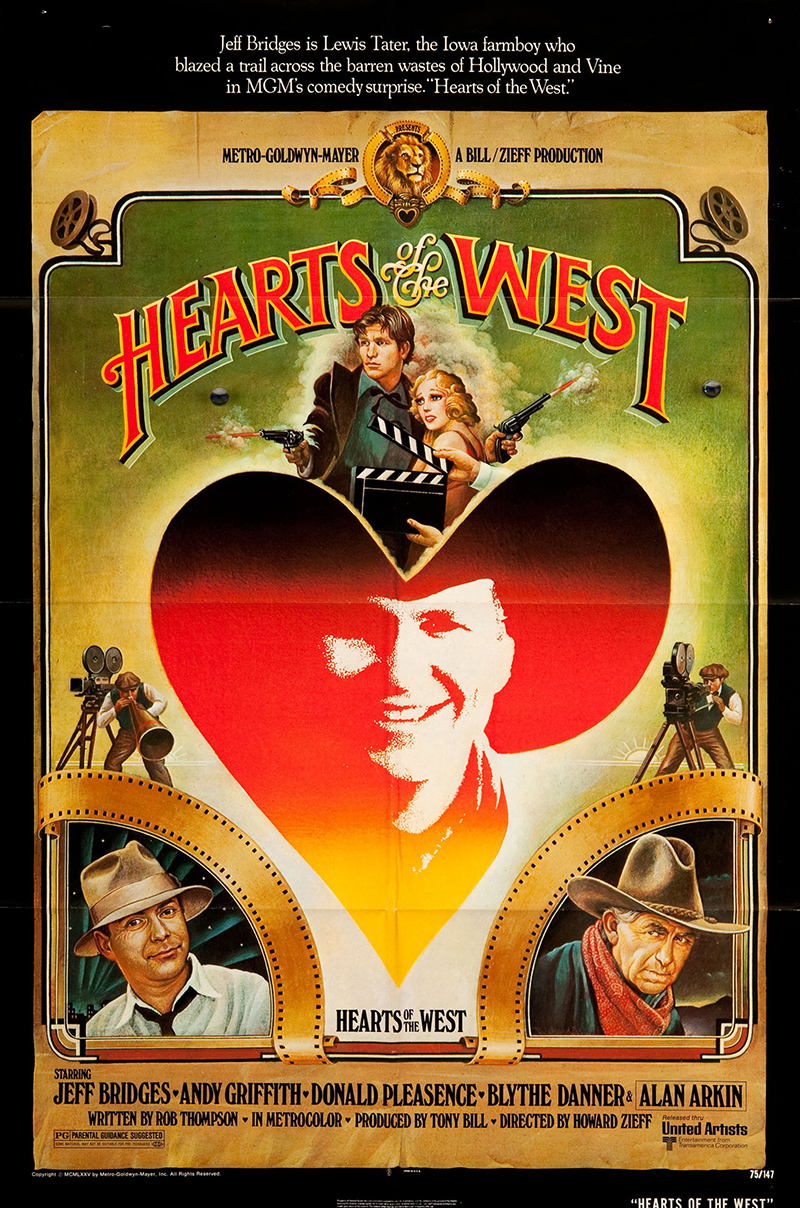