Condition Note: (VF) Tears/fold separation on the top and bottom edges at the center vertical fold, going in about 2 inches at each end, in white. Folded

Sixteen-year-old Michael Dunn arrives at St. Basil’s Catholic Boys School in Brooklyn circa 1965. There, he befriends all of the misfits in his class as they collide with the repressive faculty and discover the opposite sex as they come of age. Heaven Help Us (released in other English speaking countries as “Catholic Boys”), the 1985 Michael Dinner Brooklyn New York City Catholic school religious teen comedy (“The Brothers of Saint Basil’s School preached against vice, lust, and disrespect. But that never stopped these guys.”; “If God wanted them to be angels He would have given them wings”) starring Andrew McCarthy, Mary Stuart Masterson, Kevin Dillon, Malcolm Danare, Kate Reid, Wallace Shaun, John Heard (“as Timothy”), Stephen Geoffreys, and Donald Sutherland

Also Featuring the Cast of Heaven Help Us 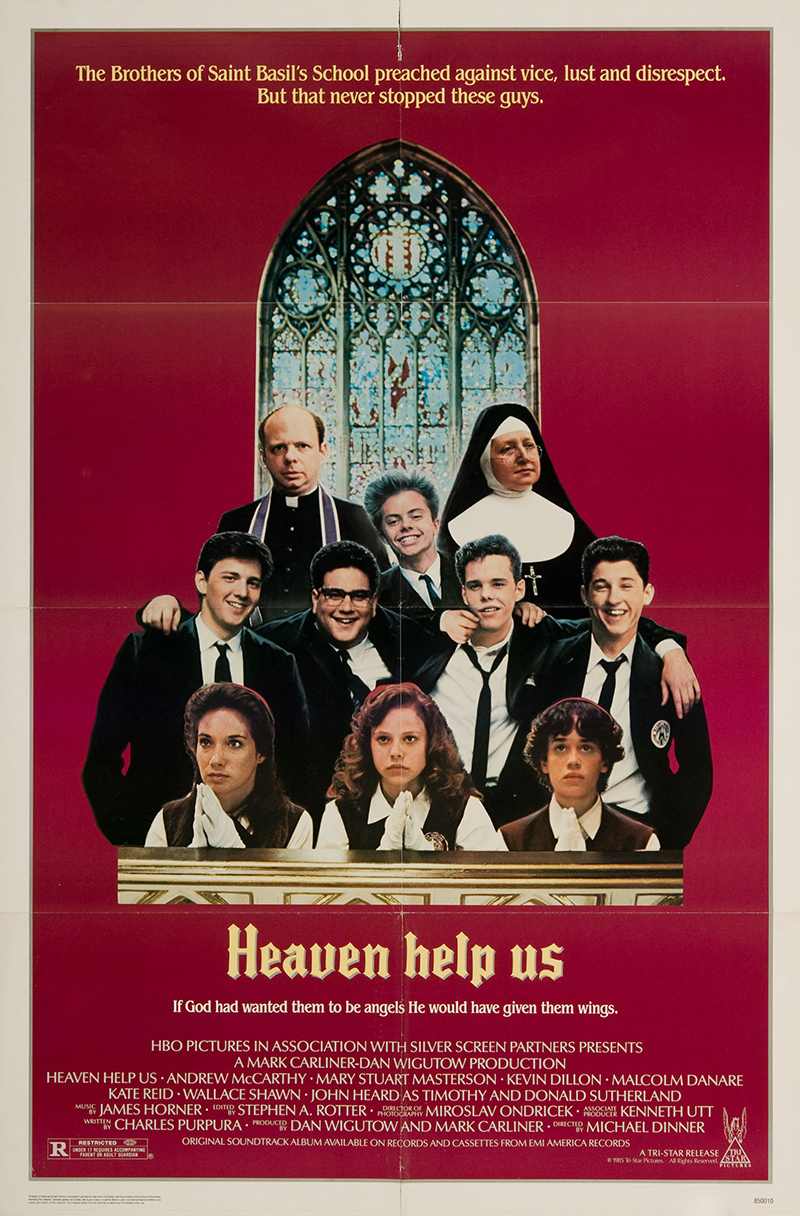