During World War II, a shot-down American pilot and a marooned Japanese navy captain find themselves stranded on the same small uninhabited island in the Pacific Ocean. Following war logic, each time the crafty Japanese devises something useful, he guards it to deny its use to the Yank, who then steals it, its proceeds or the idea and/or ruins it. Yet each gets his chance to kill and/or capture the other, but neither pushes this to the end. After a while of this pointless pestering, they end up joining forces to build and man a raft…

Also Featuring the Cast of Hell in the Pacific 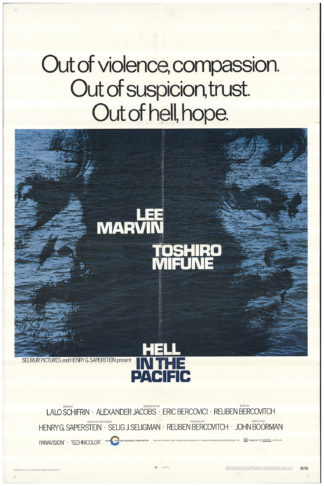