View cart “Charley and the Angel” has been added to your cart.

Pete Stancheck inherits from his Uncle Jim Douglas a race car being stored in Puerto Vallarta. With his friend Davy Johns (D.J. to his friends) accompanying him to P.V., Pete is dismayed to learn that the car is an older model Volkswagen Beetle. But when Pete and D.J. see what the car can do and learn that it somewhat has a mind of its own, they decide to enter it into the Brazil Grand Primeo formula one race. En route to Rio de Janeiro, Herbie, the car, gets Pete and D.J. into one predicament after another as it tries to help its new friend, a streetwise orphan named Paco, who Pete and D.J. encountered in P.V. and who stowed away in Herbie’s trunk. Because of these predicaments, Pete and D.J. end up requiring a quick influx of cash and slyly enlist the help of wealthy Louise Trent and her bookish niece, anthropology doctoral candidate Melissa, to be their financiers. Pete’s role in the scheme is to woo the shy Melissa, about which he feels guilty. But initially unknown to all of them, Paco, who picks pockets to survive, is being chased by criminals from who Paco inadvertently stole some film which shows the whereabouts of some Incan treasures. As they collectively and individually work their way to Rio, Herbie must ultimately protect Paco, Pete, D.J., Louise and Melissa from the bad guys, while conversely prevent the bad guys from pillaging the treasures. Through it all, will romance bloom between Pete and Melissa, and between Louise and the object of her affection, a cruise ship captain named Blythe, who is more reminiscent of a captain of a ship called the Bounty than of a cruise kind? 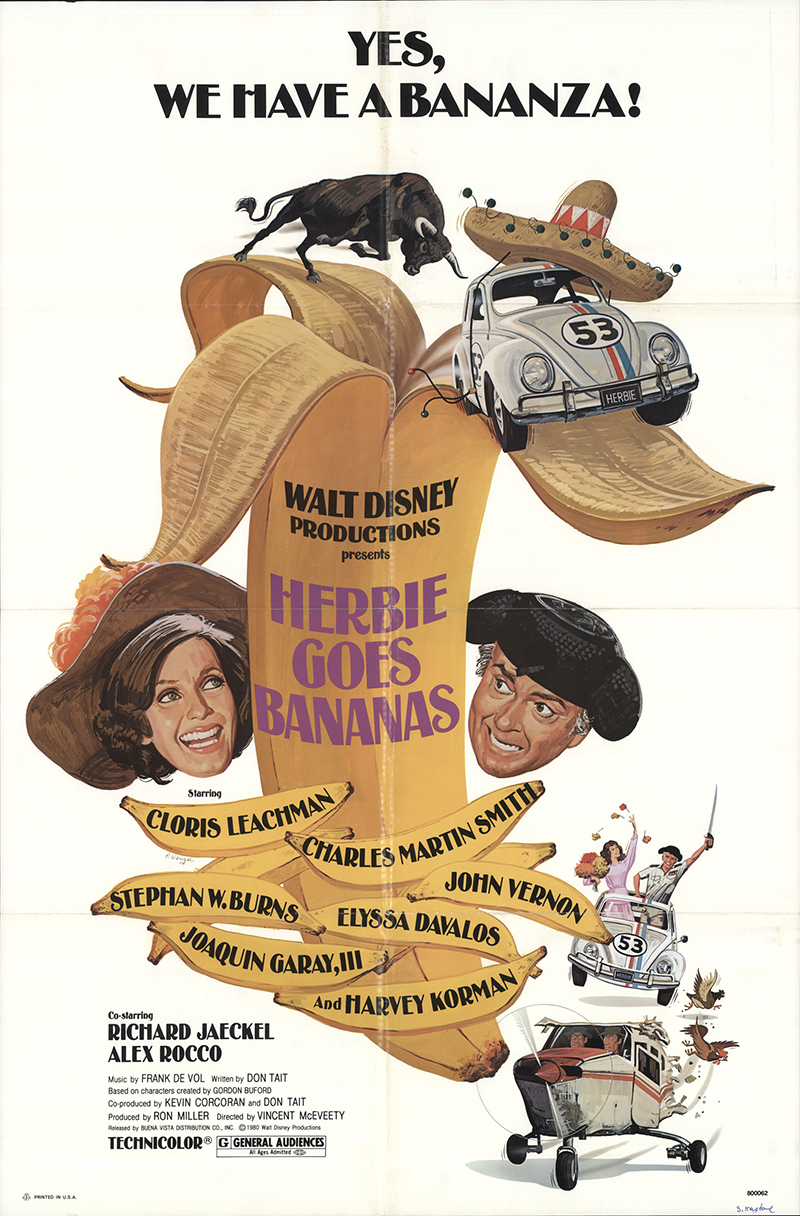