View cart “Pinocchio” has been added to your cart.

As the movie opens, Spring has arrived in Jellystone Park. Just as fast as tourists arrive, Yogi is up to his usual act of stealing their picnic baskets and any other food he encounters. Ranger Smith is quite used to this by now so he is already there to stop Yogi at every almost every instance. Meanwhile, Yogi’s friend Cindy has decided to confess her love to Yogi in hopes that he loves her the same way. One day Ranger Smith receives a call from the San Diego Zoo asking if they may have one of the bears from the park. At that exact moment, Yogi barges in his office demanding that the Ranger had better take down all the “Do Not Feed The Bears” signs or he would like to leave the park. The Ranger takes this opportunity to choose Yogi to be sent to the zoo. Yogi doesn’t want to go and convinces another bear to take his place. So that the Ranger doesn’t find out, Yogi goes into hiding without even informing Boo-Boo of his whereabouts. Cindy tries to find Yogi but stumbles upon a depressed Boo-Boo who fills her in about Yogi and the San Diego Zoo. However, Yogi is very much still at Jellystone and his food scams are working better than ever now that Ranger Smith thinks he is gone. Ranger Smith learns about a bear who calls himself “The Brown Phantom”(Yogi), and announces to the other bears in the park that whoever it is will be sent to the San Diego Zoo. Cindy hears this and in an effort to see Yogi again(whom she still thinks is at the San Diego Zoo), confesses that it was all her doing. Boo-Boo sees her off and within only moments, Yogi appears to him. Boo-Boo tells him that Cindy had herself sent to the zoo, so Yogi goes and explains to the Ranger the whole situation. The Ranger reveals that he actually sent her to the St.Louis Zoo, and at about this time Cindy, who is on a train, is told by other bears of her actually destination. They help her escape the train but she gets captured by an evil circus owner. It’s up to Yogi and Boo-Boo to find and save Cindy, and safely return to Jellystone Park.

Also Featuring the Cast of Hey There, It’s Yogi Bear 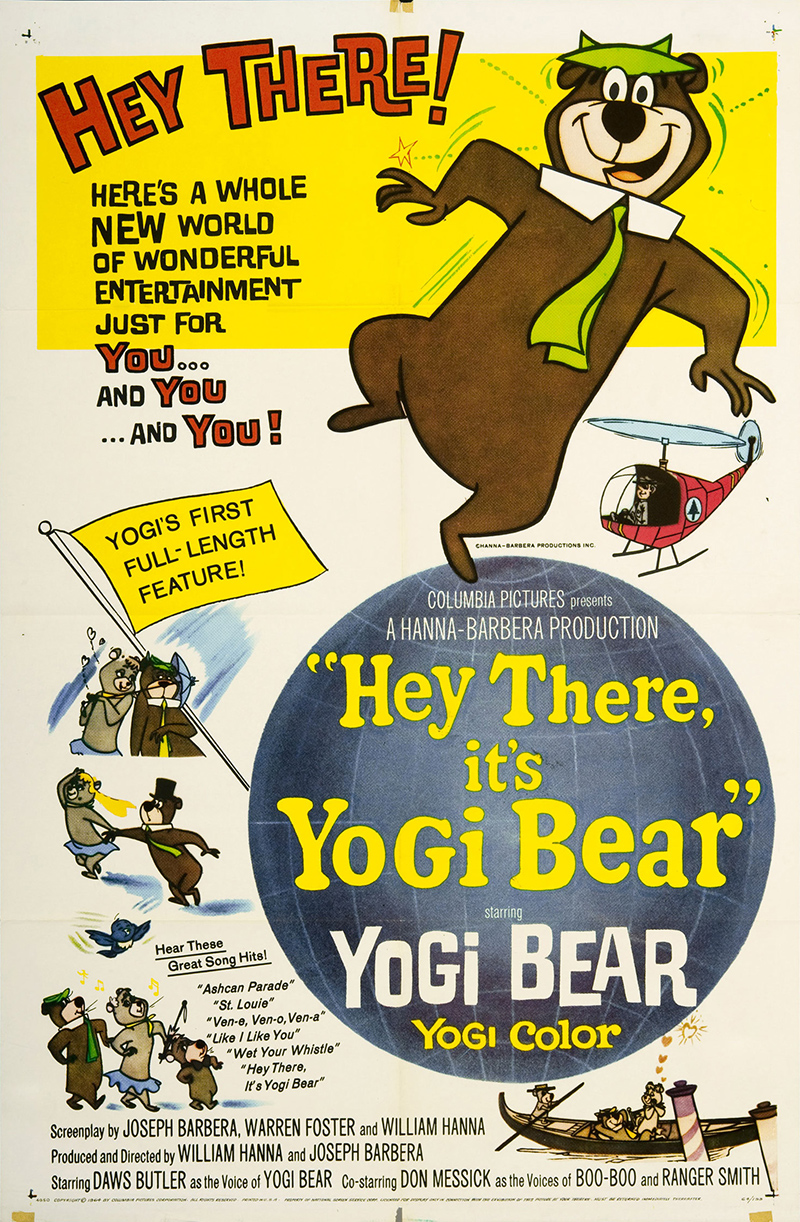