Condition Note: Condition: Poor to Fair. Edge wear, fold wear, fold separation, wrinkling and scuffing throughout, staining throughout, pinholes and pinhole tears throughout, small tears and some creasing on all borders, tape reinforcement on back, single-sided, stored folded

Inspired by a performance of his favorite play, “Volpone,” 20th-century millionaire Cecil Fox devises an intricate plan to trick three of his former mistresses into believing he is dying. Although the women are wealthy in their own right, all have good reason to covet his fortune. To assist him in his scheme, Fox hires William McFly, a gigolo and sometime actor, to act as his secretary/servant. Fox is soon visited at his “deathbed” by the three former mistresses: Merle McGill, a fading Hollywood sex symbol; Princess Dominique, who once took a cruise on Fox’s yacht; and Lone Star Crockett, a Texas hypochondriac who travels with an enigmatic nurse/companion. As Fox and McFly act out the charade, things take an unexpected turn from comical farce to full-blown murder mystery. 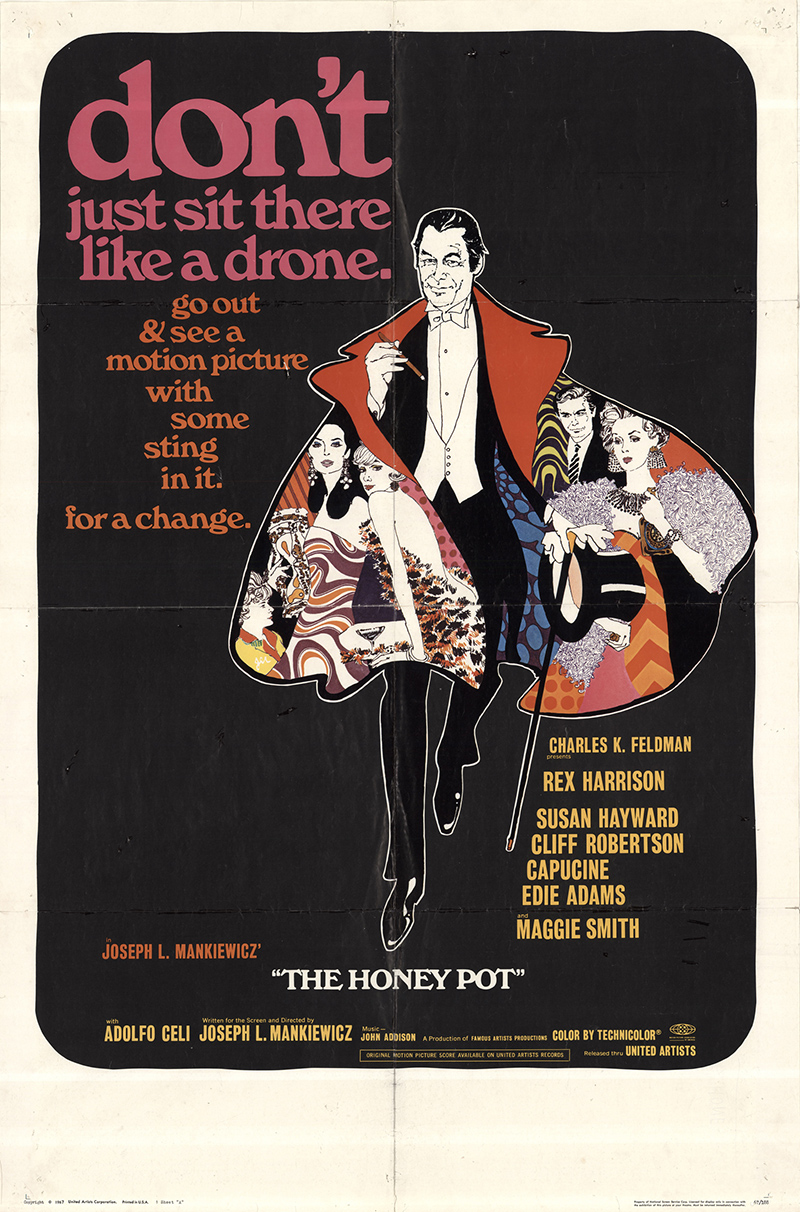