U.S. Marshal Steve Saunders, searching for the killer of a government surveyor, interrupts a gun battle between the feuding Grant and Webster families, who fell out when Chris Grant was killed and the Grants blame the Websters. Ellory Webster, blamed for the killing of Chris, ostensibly perishes when he is trapped in a barn fired by the Grants. Phineas Grant suspects that Ellory is still alive and hiding at the Rocking Moon ranch. Steve, in his guise as the Durango Kid, does some snooping and when the Grants and Websters start another battle, he and his sheriff friend Smiley Burnette take a hand. Steve arrests Duke Webster and Phineas who have conspired to wipe out both of their own families for the oil they have discovered.

Also Featuring the Cast of Horsemen of the Sierras 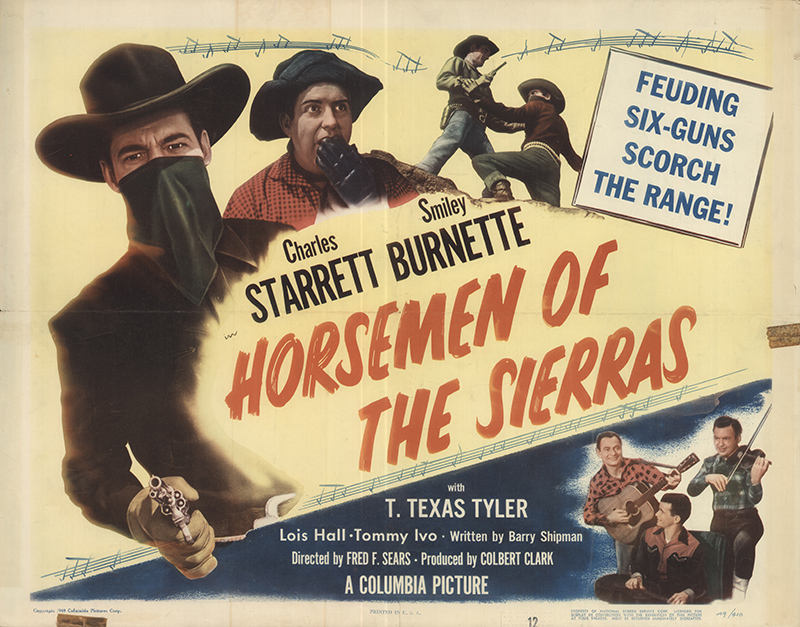 You're viewing: Horsemen of the Sierras $70.00
Add to cart