In order to track down bail jumpers, Ralph ‘Papa’ Thorson goes on a series of routine and not-so-routine searches. Sometimes he takes down his quarry easily. At other times, he’s forced to extreme measures which result in the injury or death of a lawbreaker. And then again, there are other moments when his own life is on the line. It’s all enough to make Thorson question what he has done with his life. The Hunter, the 1980 Buzz Kulik Chicago Illinois bounty hunter crime thriller (“He’s not as fast as he used to be… That’s what makes him human. He’s a bounty hunter… And that’s what makes him dangerous.”; “The incredible true story of Ralph ‘Papa’ Thorson, a modern-day bounty hunter.”) starring Steve McQueen (in the title role “as The Hunter”), Eli Wallach, Kathryn Harrold, LeVar Burton, and Ben Johnson (“as Sheriff Strong”)

Also Featuring the Cast of The Hunter 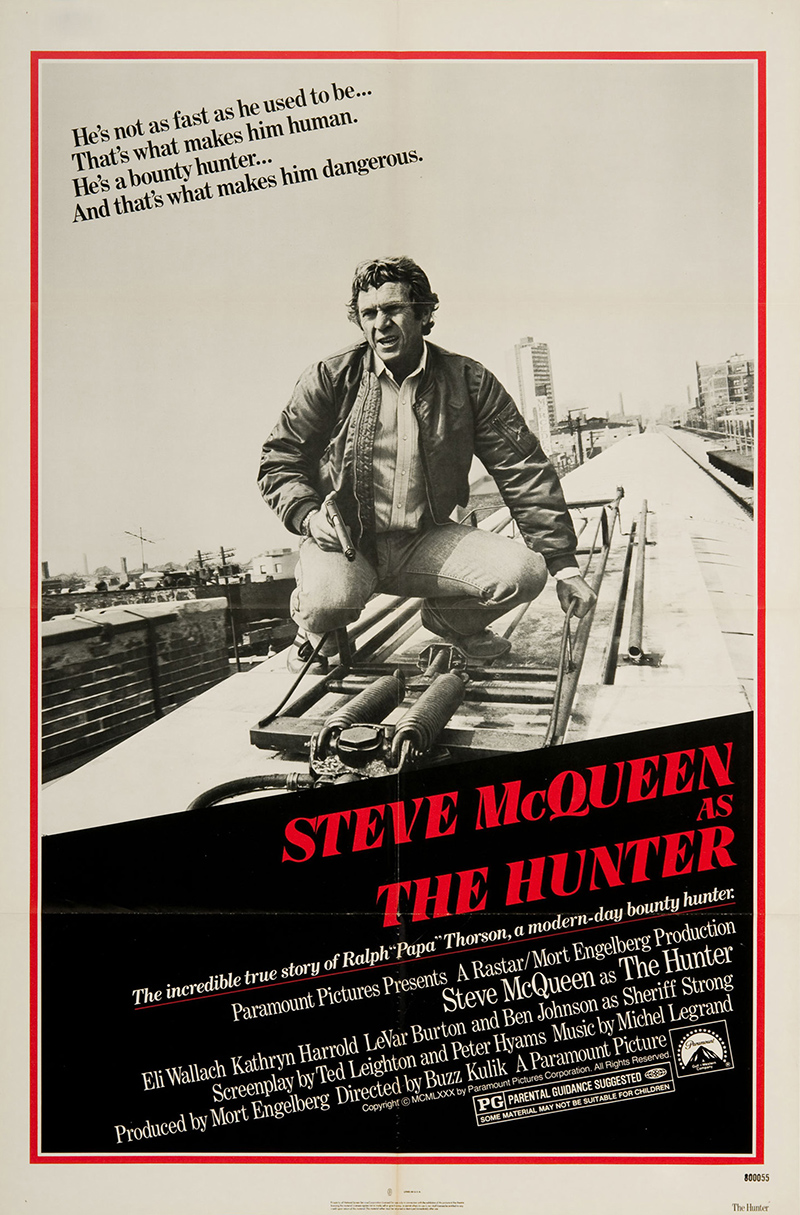