Phil Gaines is a bitter, cynical cop who investigates the case of a dead stripper/porno actress found on the beach. Gaines is experiencing a troubled relationship with a hooker, and things don’t get any better when the dead girl’s father launches his own investigation. Hustle, the 1975 Robert Aldrich crime mystery thriller (“They’re hot.”; “She’s the call girl. He’s the cop. They both take their jobs seriously.”; “The Mob Lawyer. He got his kicks in the strangest ways.”; “The Adulterous Wife. When her husband went off to war, she went off to another man.”; “The Strip Joint M.C. He catered orgies for the rich.”; “The Black Cop. Too many white ‘big shots’ wanted this case swept under the rug.”; “The Police Chief. If you had the right connections, you could get away with murder.”; “The Vengeful Father. His daughter was the dead victim of a sex ring, and someone was going to pay!”; “Written by Steve Shagan”) starring Burt Reynolds, Catherine Deneuve (considered by many to be the most beautiful woman who ever lived), Ben Johnson, Paul Winfield, Eileen Brennan, Eddie Albert (best remembered as the star of TV’s “Green Acres”; “as Leo Sellers”), Ernest Borgnine, Jack Carter, and Robert Englund (best remembered as “Freddy Krueger” in “The Nightmare on Elm Street” movie series)

Also Featuring the Cast of Hustle 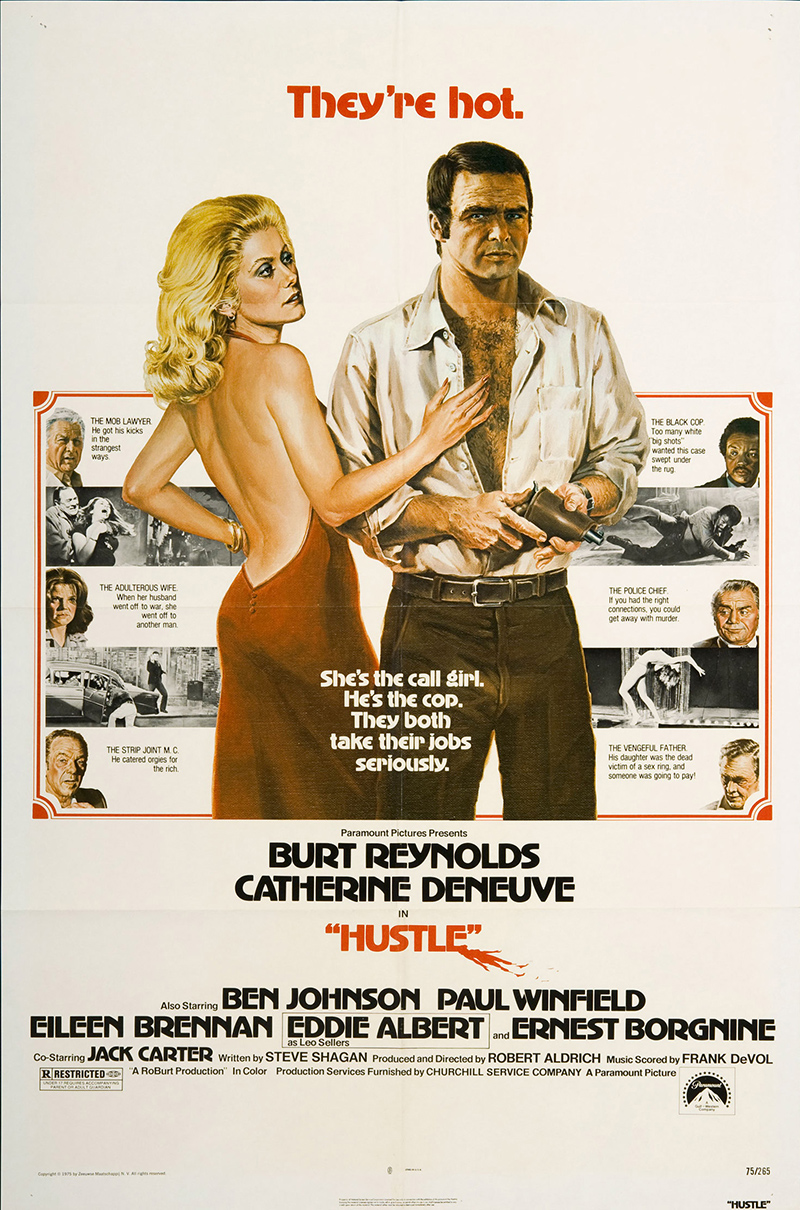