Womanizing Brit Charlie Cartwright is about to conduct Worldwind Tour #225, a nine country, eighteen day bus trip from London to Rome. He uses these tours in large part to catch up with his vast stable of casual girlfriends located in each of the visited cities. Within the group of disparate Americans on this tour, most who have never been to Europe, and the reason for them taking this trip are: parents who want to get their hormone driven teen-aged daughter away from her boyfriend despite the fact that the father doesn’t want to leave the familiarity of home; a not-so woman’s man who wants to prove to his friends that he had a beautiful woman in every country; an ethnic non-Italian speaking Italian who wants to catch up with the relatives he’s never met; a WWII veteran who wants to re-experience the best times he’s ever had; and a man who solely wants “free” souvenirs. But the one Charlie is most interested in is pretty Samantha Perkins, a self-confessed straight-laced woman who wants to experience life in a faraway land while she contemplates the marriage proposal of her boyfriend, George. As the group gets into one adventure and misadventure after another – including one person catching the wrong bus, the Italian having family connections he wished he hadn’t while missing the one he wished he had, and the daughter sneaking off with a young American on a protest tour – Charlie does his best to woo Sam, who, despite her inexperience, seems to know Charlie’s ploy. But Sam has to figure out where Charlie and or George will fit into her future if at all, and Charlie has to decide if he will ever grow up. 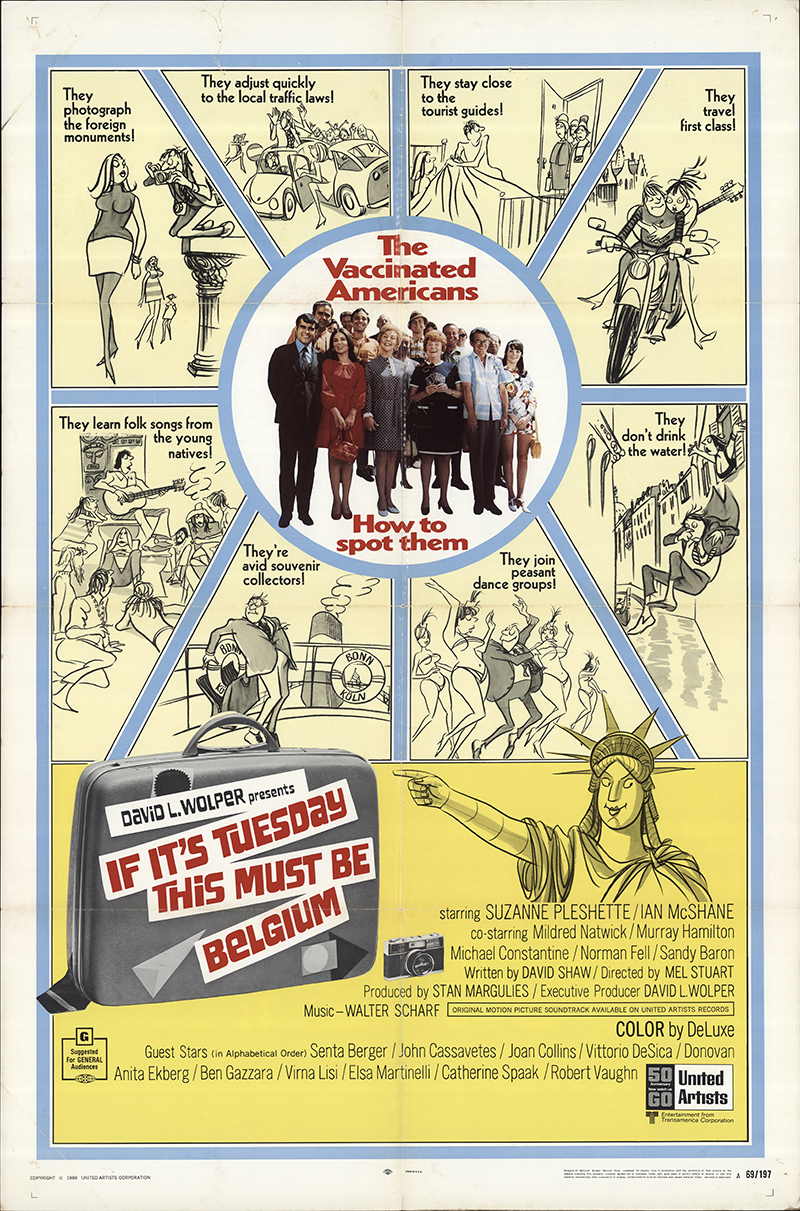 You're viewing: If It’s Tuesday This Must Be Belgium $35.00
Add to cart