An earthquake, a flash flood, an avalanche, a volcano, alligators, jaguars, mutineers, and a man-eating Maoris dog the steps of a shipping company owner, a scientist, and the two children of a lost sea captain as they circle the earth along the 37th parallel per instructions in a bottled note the scientist has recovered from a shark’s stomach. Only certain facts are discern from the stained note, especially the words “37 parallel.” Teen-age Mary Grant (Hayley Mills), her younger brother , Robert Keith Hamshere, and the scientist, French Professor Jacques Paganel (Maurice Chevalier), trick their way aboard the grand yacht, “Persevero,” during a bon-voyage party to see the owner of the shipping company, Lord Edward Glenarvan (Wilfrid Hyde-White),the epitome of British aloofness. With the urging of his own son, John (Michael Anderson Jr.’), Glenarvan’s luxurious side-wheeler sets sail for the coastal town of Concepcion, Chile in the search for the missing Captain Grant.

Also Featuring the Cast of In Search of the Castaways 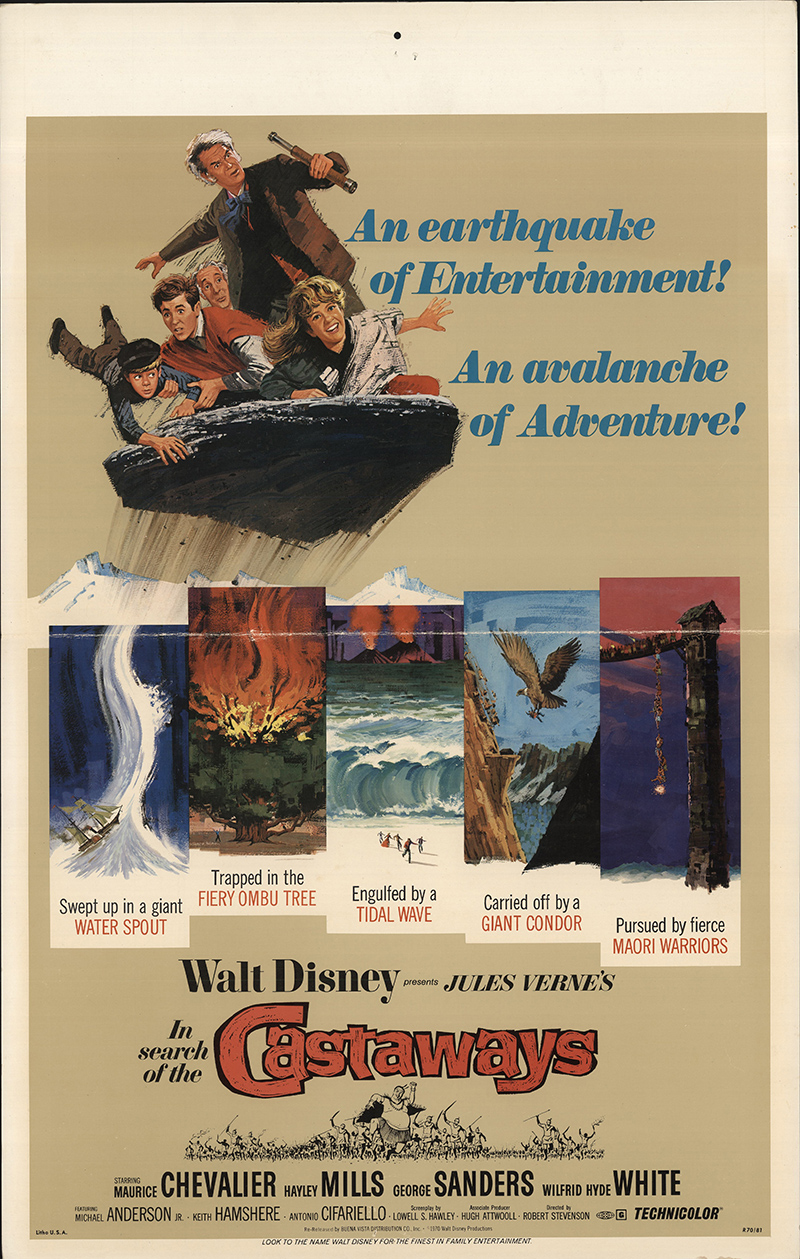 You're viewing: In Search of the Castaways $25.00
Add to cart