Rex Allen and Slim Pickens are sent from Washington, D.C. to California in 1850 to speed up deliveries of mail to the goldfields, and find a destructive feud raging between two stage-line owners, Sam Sawyer and John Brockway. In their attempts to have their stages and drivers first on the dock to get the mail brought East by ship, the two have damaged each other’s equipment and schedules to the point that no consignment of mail reaches the goldfields intact or on time. The on-purpose carelessness of the crewmen of the McCall Shipping Line adds to the problem. Rex’s proposal that Brockway institute an overland mail service along the Iron Mountian Trail to compete with the McCall ship, meets with vicious opposition from Roger McCall, who also knows that his attempts to sabotage the Brockway plan will be blamed on Sawyer and he engineers a stampede of the horse herd Brockway buys for his new service. Brockway catches McCall’s henchmen setting fire to his barn and is murdered. McCall demands the arrest of Sawyer for the killing and the townspeople go along, but Rex suspects McCall is just trying to eliminate his only other possible competitor. Rex suspects First Mate Orrin of McCall’s ship of having fired the bullet that killed Brockway, and uncovers enough evidence against him to persuade the U. S. Marshal in San Francisco to postpone action in Sawyer’s case until Orrin can be apprehended in San Diego and brought back to San Francisco. With the help of Sawyer’s daughter, Nancy, Rex races overland as the ship is sailing from San Francisco to San Diego, apprehends Orrin and then returns overland with his prisoner. His experiences against time proves that a man on horseback can carry mail faster than the sailing ships or stagelines, and he organizes the world-famous Pony Express and rides the first historic lap of it on his wonder horse, Koko. 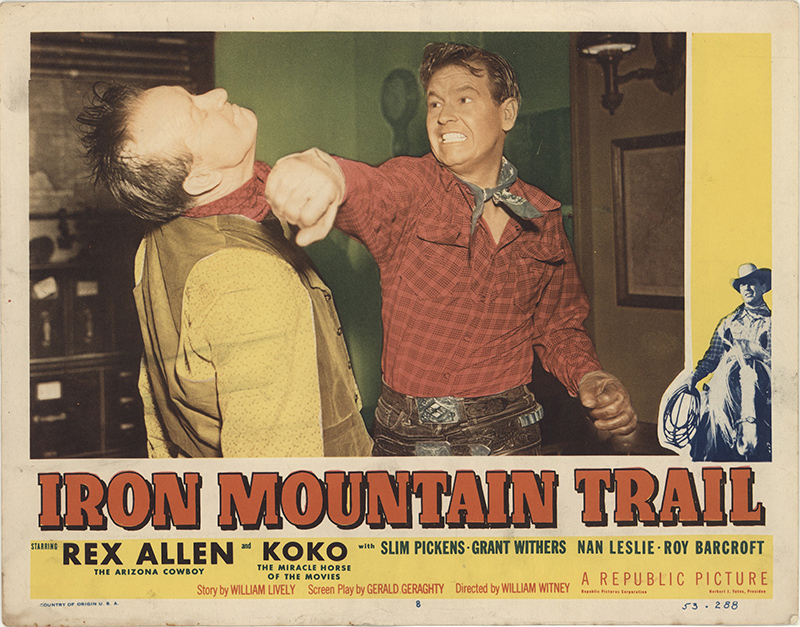