A ship-wrecked man floats ashore on an island in the Pacific Ocean. The island is inhabited by a scientist, Dr. Moreau, who in an experiment has turned beasts into human beings. The Island of Doctor Moreau, the 1977 Don Taylor mad scientist science fiction (sci-fi) adventure horror thriller (“A tropical paradise, untouched by man… where a bizarre civilization exists.”; “Based on the novel by H.G. Wells”) starring Burt Lancaster (in the title role as Dr. Paul Moreau), Michael York, Nigel Davenport, Barbara Carrera, Richard Basehart (“as Sayer of the Law”), and Nick Cravat (who was Burt Lancaster’s trapeze partner during his circus days, and who played small roles in several of Lancaster’s movies). Note that there was a 1932 version of this movie, under the title “The Island of Lost Souls”, starring Charles Laughton

Also Featuring the Cast of The Island of Dr. Moreau 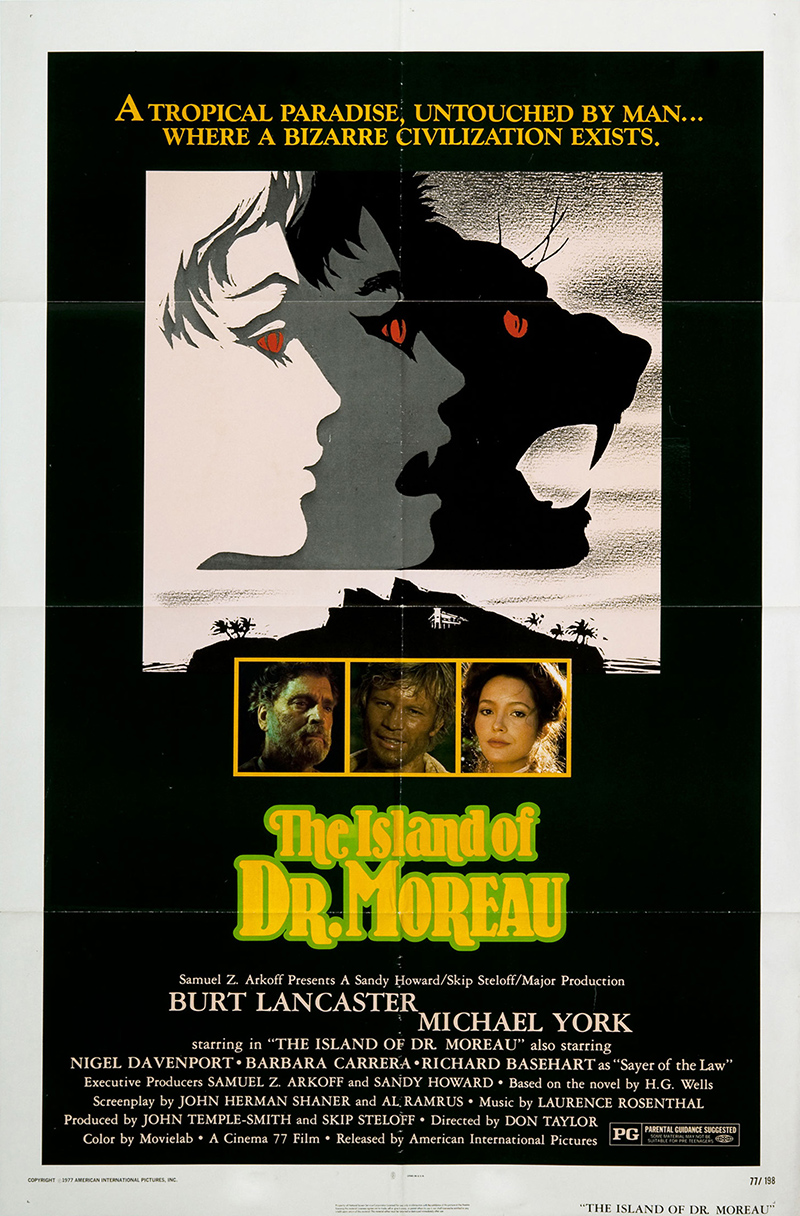