View cart “The Plunderers” has been added to your cart.

A largely fictionalized account of the career of actress Jeanne Eagels, whose fame was both on stage and on the screen in the 1910s and 1920s, is presented. After losing in a rigged carnival beauty pageant, winning which she believed would be her first step to becoming a serious actress, Jeanne joins the traveling carnival itself under the guidance of the pageant organizer, Sal Satori, who features her in a variety of carnival stage shows. But it’s when the carnival approaches New York City that Jeanne demonstrates how she truly mapped out her road to acting fame even before meeting Sal. Under the tutelage of renowned acting coach Nellie Neilson, Jeanne, who does possess true acting talent, is given her big acting break and does achieve fame on the Broadway stage, and ultimately also in Hollywood films. Jeanne is not averse to doing whatever is required to advance her career, even at the expense of others. Achieving fame so quickly takes its toll on Jeanne, who turns to alcohol and drugs which would lead to her tragic end. Although other men would come and go over her life, Sal, who ends up joining forces with his brother in operating lucrative Coney Island attractions, is one constant, he who fell in love with and wanted to marry her. 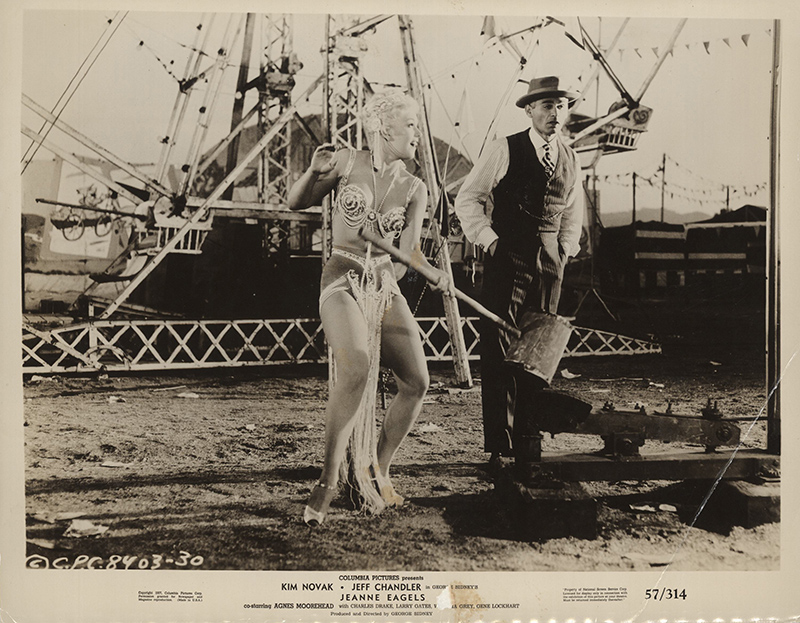