Condition Note: (F) Pinholes on all four corners and across the bottom, in white. Some pinholes across the bottom have paper tearout and the right and left lower corners have tears with paper missing. Three inch diagonal tear on the top edge at the center vertical fold. Folded

The swashbuckling adventures of the hero of the Revolutionary War. His contributions weren’t always appreciated by the new U.S. government. After the way Congress show their displeasure by sending him to the Russia of Catherine the Great. John Paul Jones, the 1959 John Farrow Revolutionary War Naval historical military action biography (“So big all the seas of the world are its stage!”; “The adventures that will live forever in America’s naval history!”; “The man… The adventure to stand above all!”; “A name… a battle cry… and now a mighty motion picture!”) starring Robert Stack (eternally youthful star of numerous 1940s movies, later the star of TV’s “The Untouchables” and “Unsolved Mysteries”; in the title role as John Paul Jones), Marisa Pavan, Charles Coburn, Erin O’Brien, and “Guest Stars” Macdonald Carey (best remembered for his role on TV’s “Days of Our Lives”), Jean-Pierre Aumont (as King Louis XVI), David Farrar, Peter Cushing, Susana Canales, and Bette Davis (billed as “and a special appearance by Bette Davis as Catherine the Great”) 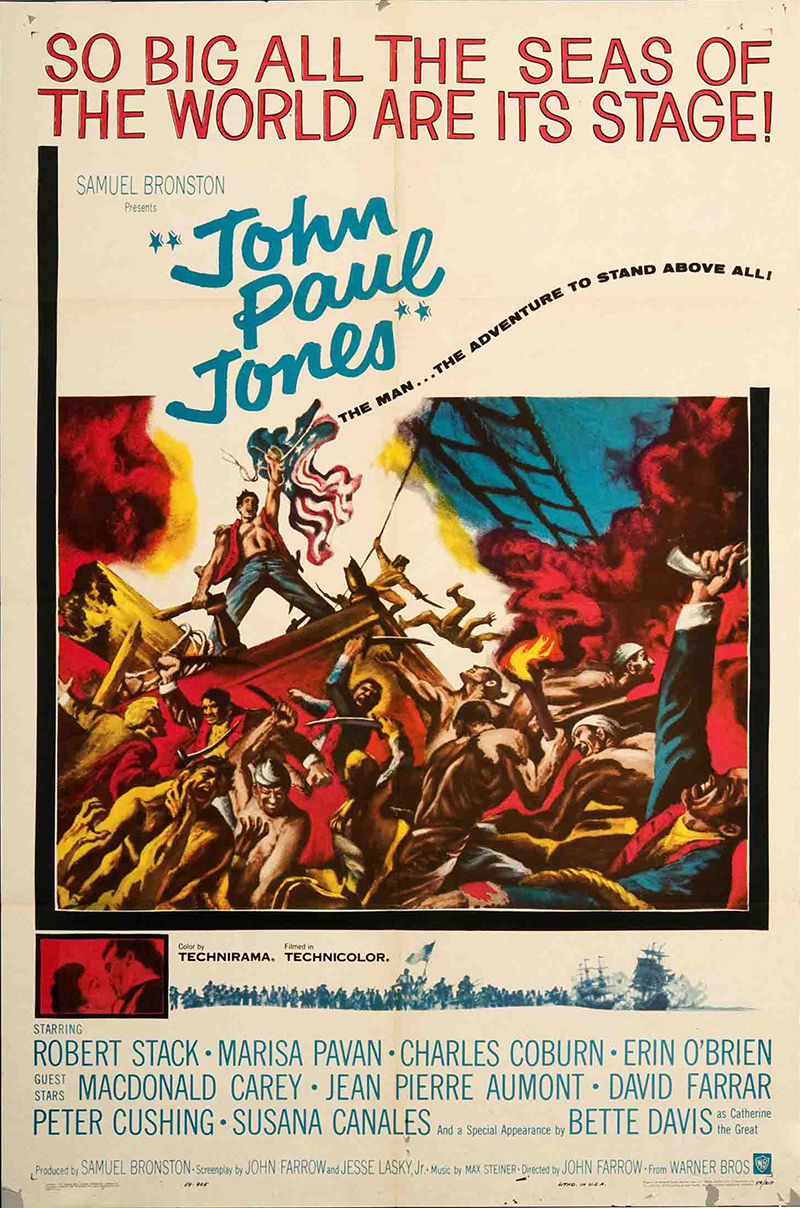