Budapest 1956. A group of Westerners try to leave the city when the the Soviets occupys the country. But the airport is closed down and they have to take a bus to the border. At the border they are stopped by red tape – and Major Surov. The reasons are sketchy, but it seems that the major is romantically interested in one of the westerners, Diana Ashmore. The Journey, the 1958 Anatole Litvak romantic military melodrama (“Iron-hard Man… Velvet-soft Woman… Which one will yield?”; set in 1956 Budapest, Hungary, sort of an updated version of ‘Casablanca’) starring Deborah Kerr, Yul Brynner, Robert Morley, E.G. Marshall, Kurt Kasznar, David Kossoff, Marie Daems, and Jason Robards (billed as “introducing Jason Robards, Jr.”)

Also Featuring the Cast of The Journey 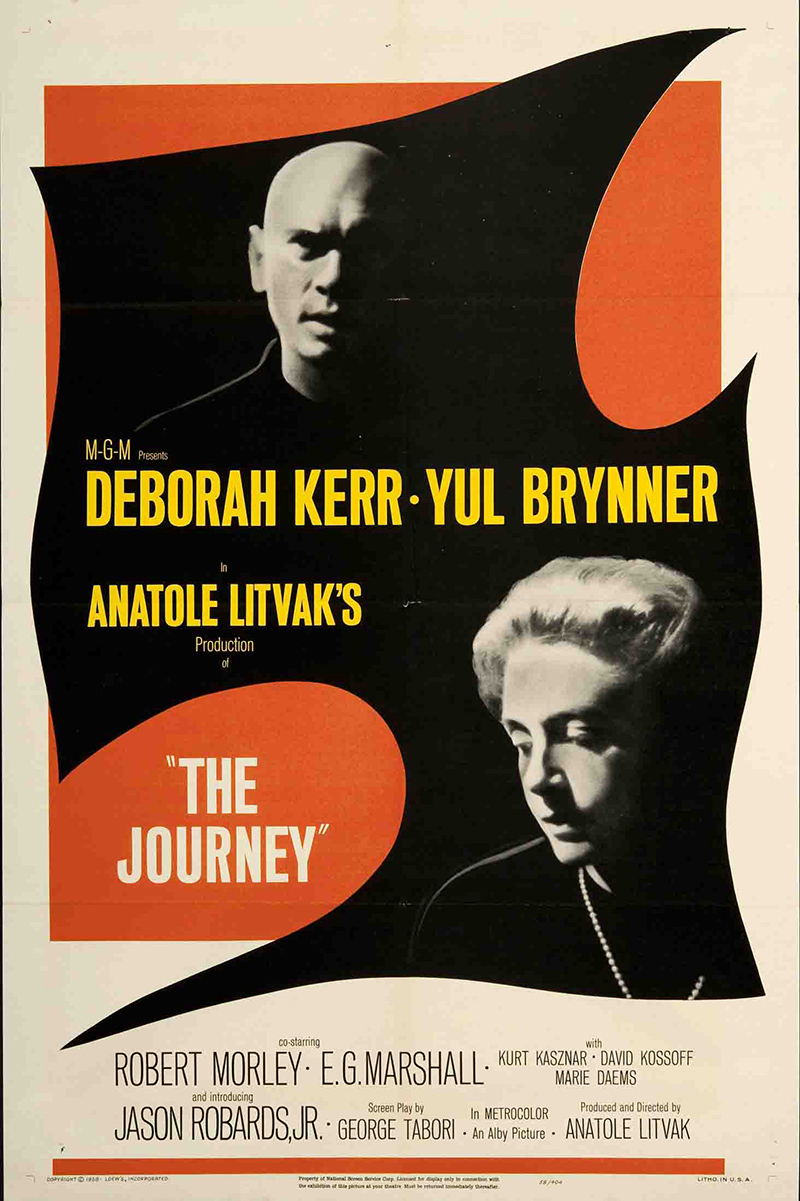