A planet is discovered in the same orbit as Earth’s but is located on the exact opposite side of the sun, making it not visible from Earth. The European Space Exploration Council decide to send American astronaut Glenn Ross and British scientist John Kane via spaceship to explore the other planet. After a disastrous crash-landing Ross awakes to learn that Kane lies near death and that they apparently have returned to Earth, as evidenced by the presence of the Council director and his staff. Released to the custody of his wife, he soon learns things are not as they seem. Doppleganger (released in the U.S. as “Journey to the Far Side of the Sun”), the 1969 Robert Parrish English outer space science fiction (sci-fi) thriller (“Man has conquered the moon with the epic Apollo 11 flight! Now take another momentous journey!”; “YOU will meet yourself face-to-face… When Earth meets its duplicate in outer space!”) starring Roy Thinnes, Ian Hendry, Lynn Loring, Patrick Wymark, Loni Von Friedl, and Herbert Lom 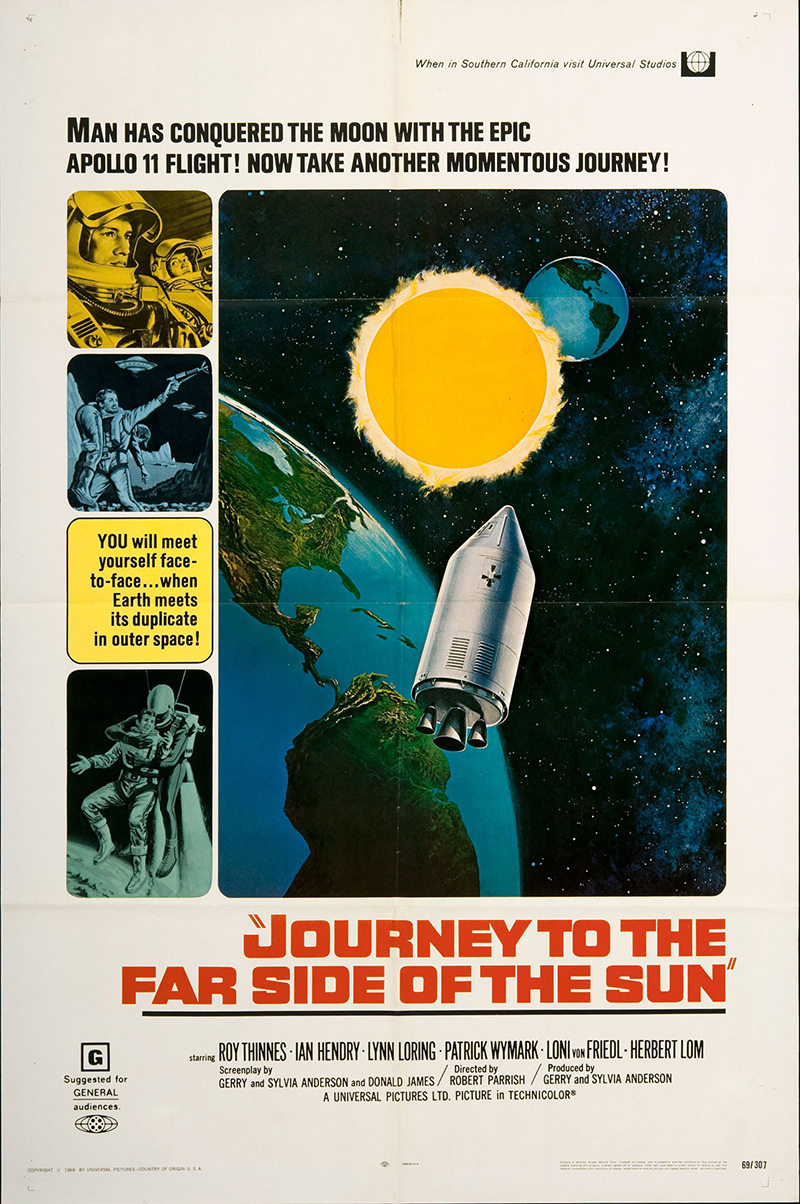