View cart “Texas Across the River” has been added to your cart.

Condition Note: (F-VF) Pinholes on upper left and right corners, in white. Tiny tears every 2" along the bottom edge. Folded

French filmmaker Rene Clement presents Alan Delon as a petty criminal on the run from the underground. On the Rivera, he seeks refuge in a flophouse whose soup line is served by Jane Fonda and Lola Albright. The two women move him to a Gothic mansion owned by Albright, a millionaires with a Salvation Army complex. Fonda, her cousin, is hot for him and repeatedly attempts to seduce him while someone is attempting to poison him; and his murderous former associates have got wind of his whereabouts. Les felins (released in the U.S. as “Rene Clement’s Joy House” and as “Rene Clement’s The Love Cage”), the 1964 Rene Clement French sex crime thriller (“He loved as if his life depended on it… And it did!”; “he couldn’t leave it alone… he couldn’t leave it alive!”; “Based on the novel ‘Joy House’ by Day Keene”) starring Jane Fonda, Alain Delon, Lola Albright, Sorrell Booke, Carl Studer, and George Gaines 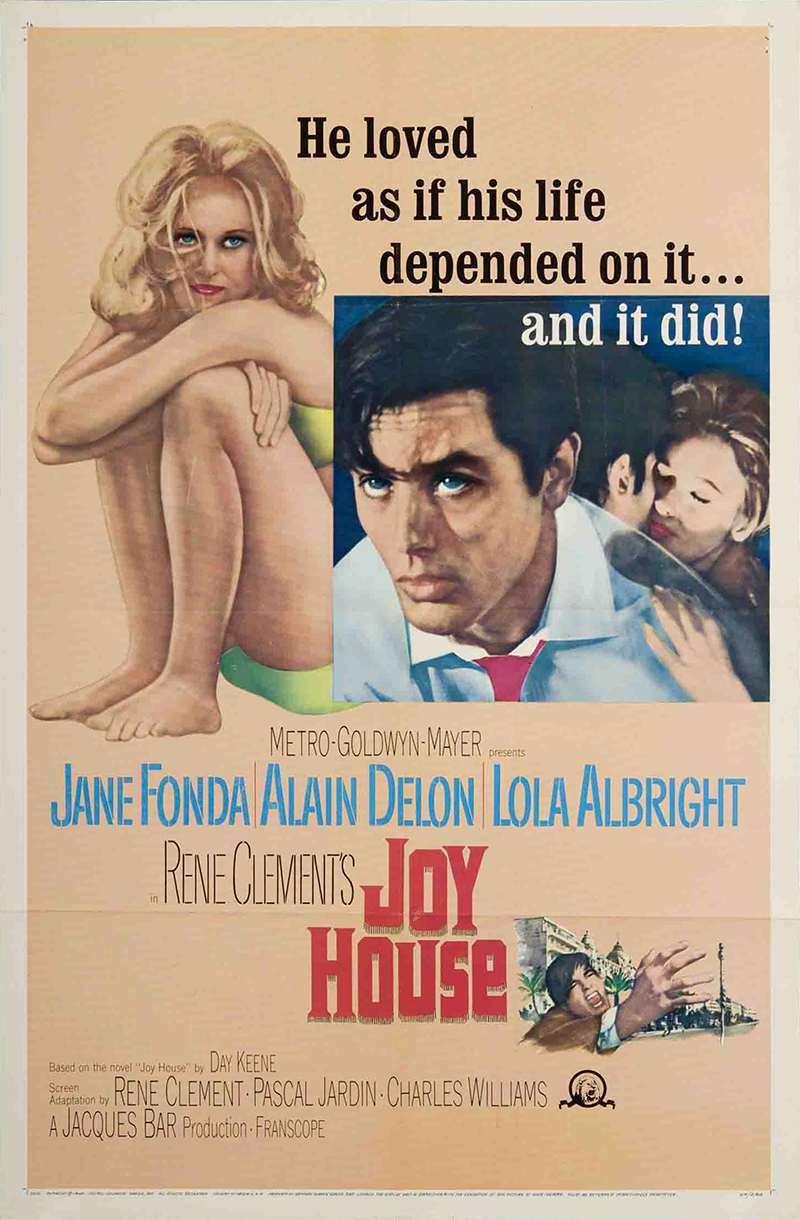