Condition Note: (F) Writing across the top of the poster, in marker, advertising the dates and times of the showings. Faint stain at the top center border, in white

After an Egyptian army, commanded by British officers, is destroyed in a battle in the Sudan in the 1880’s, the British government is in a quandary. It does not want to commit a British military force to a foreign war but they have a commitment to protect the Egyptians in Khartoum. They decide to ask General Charles ‘Chinese’ Gordon, something of a folk hero in the Sudan as he had cleared the area of the slave trade, to arrange for the evacuation. Gordon agrees but also decides to defend the city against the forces of the Mahdi – the expected one – and tries to force the British to commit troops. Khartoum, the 1966 Basil Dearden English Cinerama Northern Africa war action adventure epic (‘They Say The Nile Still Runs Red From The Battle For Khartoum!’; ‘The city that became a torch – The torch that fired the world!’; ‘Direct from its reserved seat presentation. Continuous performances! Popular Prices!’; ‘Khartoum – Where the Nile divides, the great adventure begins!’; ‘The great CINERAMA adventure begins!’;’Exploding across the Cinerama screen!’; ‘A Julian Blaustein Production’) starring Charlton Heston (‘as Gordon’), Laurence Olivier (‘as The Mahdi’), Richard Johnson, Ralph Richardson, Alexander Knox, and Johnny Sekka 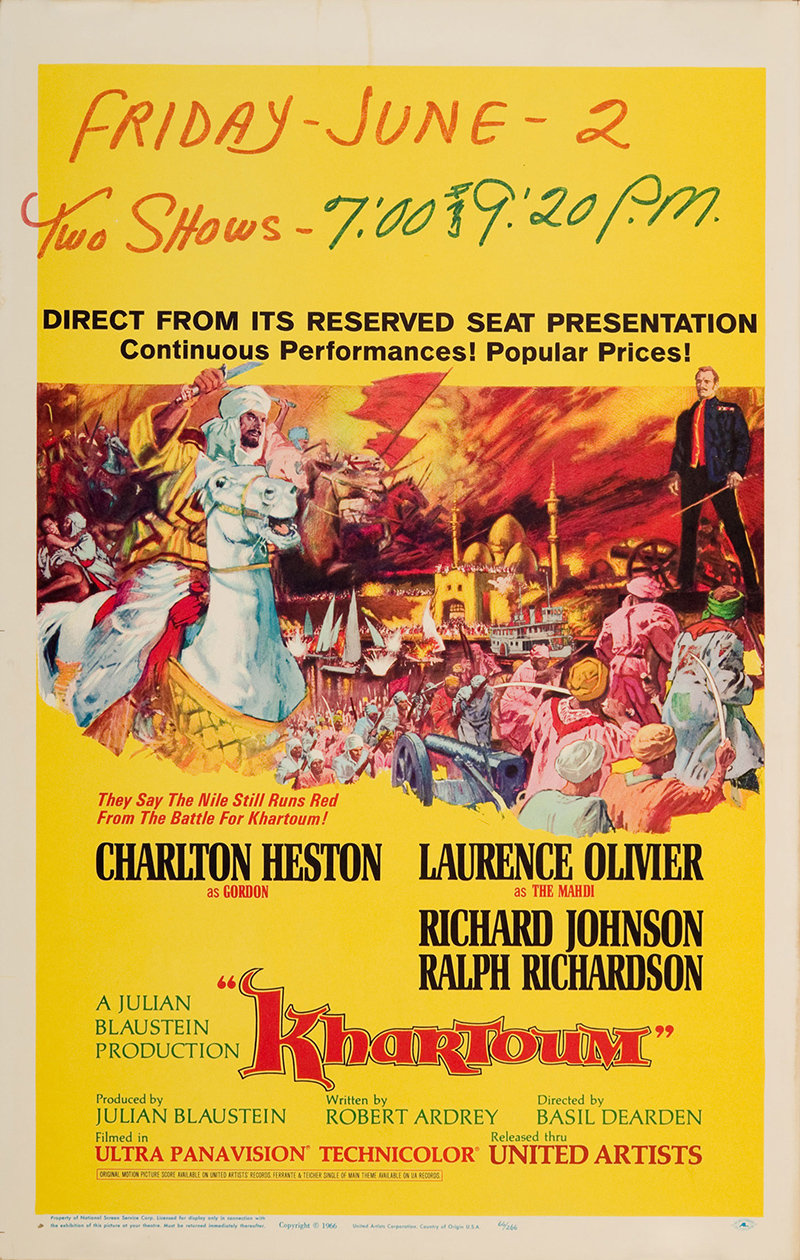