Bickford Waner, an apparently naive young man from Fort Worth, arrives in the tiny Texas town of Dime Box and takes on a variety of menial jobs. He’s befriended by Reese Ford and his wife Molly, but before long Molly has seduced Bickford. Only with the arrival of Bickford’s former girlfriend Janet Conforto is it revealed that Bickford is actually the notorious train robber Kid Blue. Humiliated by a scandal arising from his affair with his friend’s wife, Bickford gives up on going straight and plots a crime. Kid Blue, the 1973 James Frawley cowboy western comedy (“Kid blue did what he had to do! If you was kid blue… Would you?; “A funny thing happened to kid blue on the way to the robbery. He missed the boat and the train and the stage coach and the bank. He was a good kid, but a rotten bandit.”) starring Dennis Hopper, Warren Oates, Peter Boyle (the wonderfully zany comic actor, who improves every movie he is in, and was recently in TV’s “Everybody Loves Raymond”), Ben Johnson, Lee Purcell, and Janice Rule 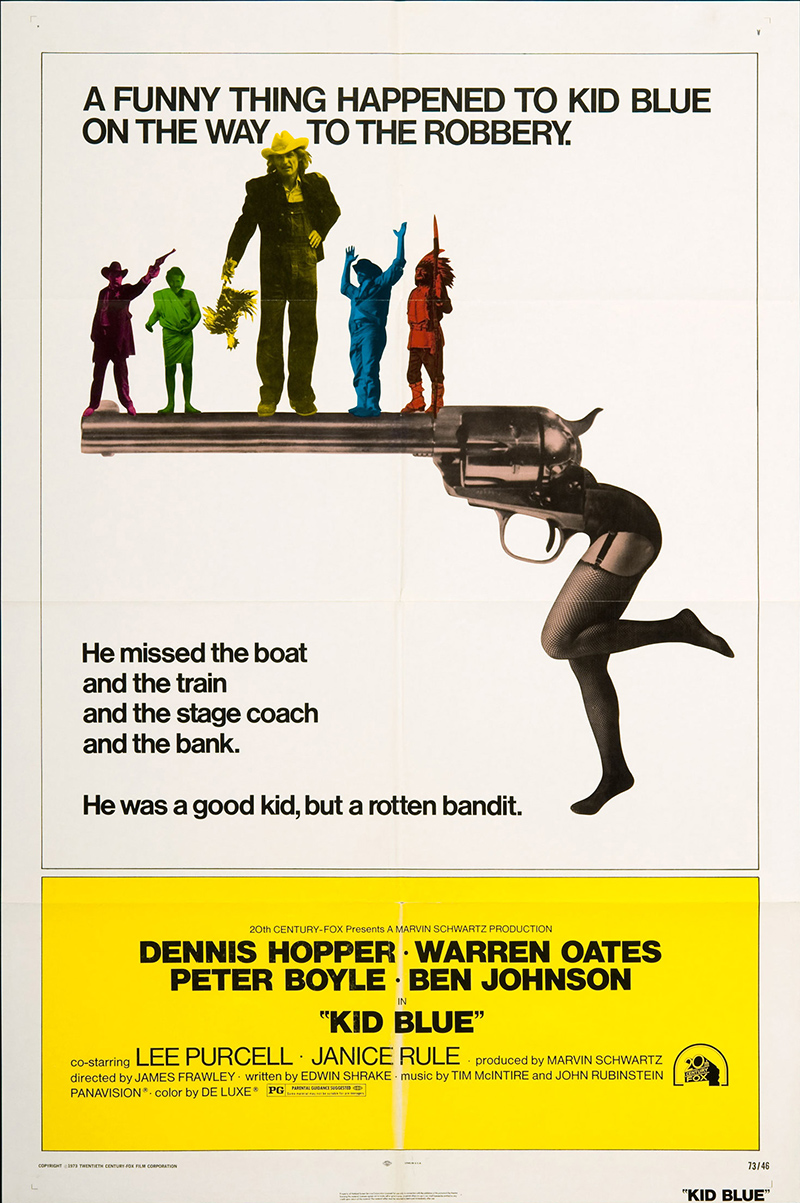