When he completes his military service Walter Gulick returns to his birthplace, Cream Valley, New York. He was orphaned as an infant and grew up elsewhere but always wanted to return to where he was from. He hopes to be a mechanic but soon after his arrival finds himself working as a sparring partner at a boxing camp. Having lost all of his money in a crap game, Walter is happy to take any kind of work but a devastating right hook sends him down a different path. Willy Grogan thinks he has a winner in Walter who, after helping a lady out, is dubbed Kid Galahad. Willy is a likable man but gambles too much and may have been a witness to a mobster’s conversation that would best be forgotten. As Walter gains more success, and falls in love with Willy’s sister Rose, Willy Grogan finds himself coming under pressure from mobsters to make Walter takes a dive at his next big fight. Kid Galahad, the 1962 Phil Karlson rock ‘n’ roll (rock and roll) boxing sports romantic musical (“Presley packs the screen’s biggest wallop… With the gals… With the gloves… With the guitar!”; “Singing Loving Swinging it’s ELVIS! ELVIS! ELVIS!”) starring Elvis Presley (in the title role “as Kid Galahad”), Gig Young, Lola Albright, Charles Bronson, and Joan Blackman 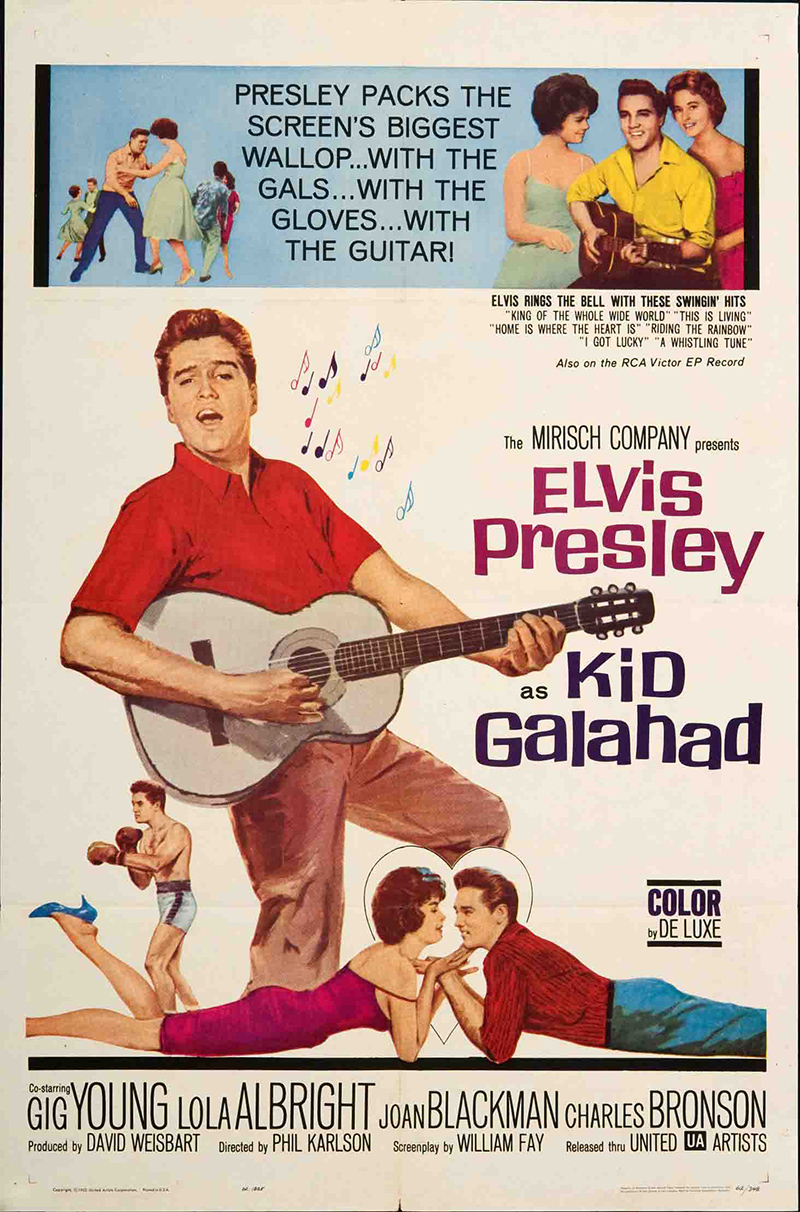