Rambling cowhand Johnny Mack learns that his friend Henry Blake has been killed, and he agrees to help law-abiding citizens clean up Medicine Flats. This is after he has thwarted an attempt by Yuma and two henchmen to hold up prospector Bodie and jump his unrecorded mining claim. Kansas City Kate, runs the notorious Golden Spur Saloon, and heads the outlaws along with Cameo, a gambler paying to much interest to saloon singer Donna Webster. Donna’s warning saves Johnny from being shot by Yuma, after the latter is beaten up by Johnny for molesting an old townsman character. Plans by the outlaws to ship a hoard of money stolen from the miners and settlers is overheard by Bodie from a hideaway in the basement beneath the saloon. Johnny and the vigilantes intercept the stagecoach and the money bag, and obstruct numerous other schemes by the gang. Bodie is shot by Yuma after Cameo discovers his hiding place and Johnny kills Yuma in retaliation. He nips Kate’s plans to protect the Golden Spur by hiring the Cherokee Kid and his desperadoes. Donna reveals that she is the daughter of Henry Blake, after Kate and Cameo confess to his slaying. His job done, Johnny again heads for the open road ahead.

Also Featuring the Cast of Land of the Lawless 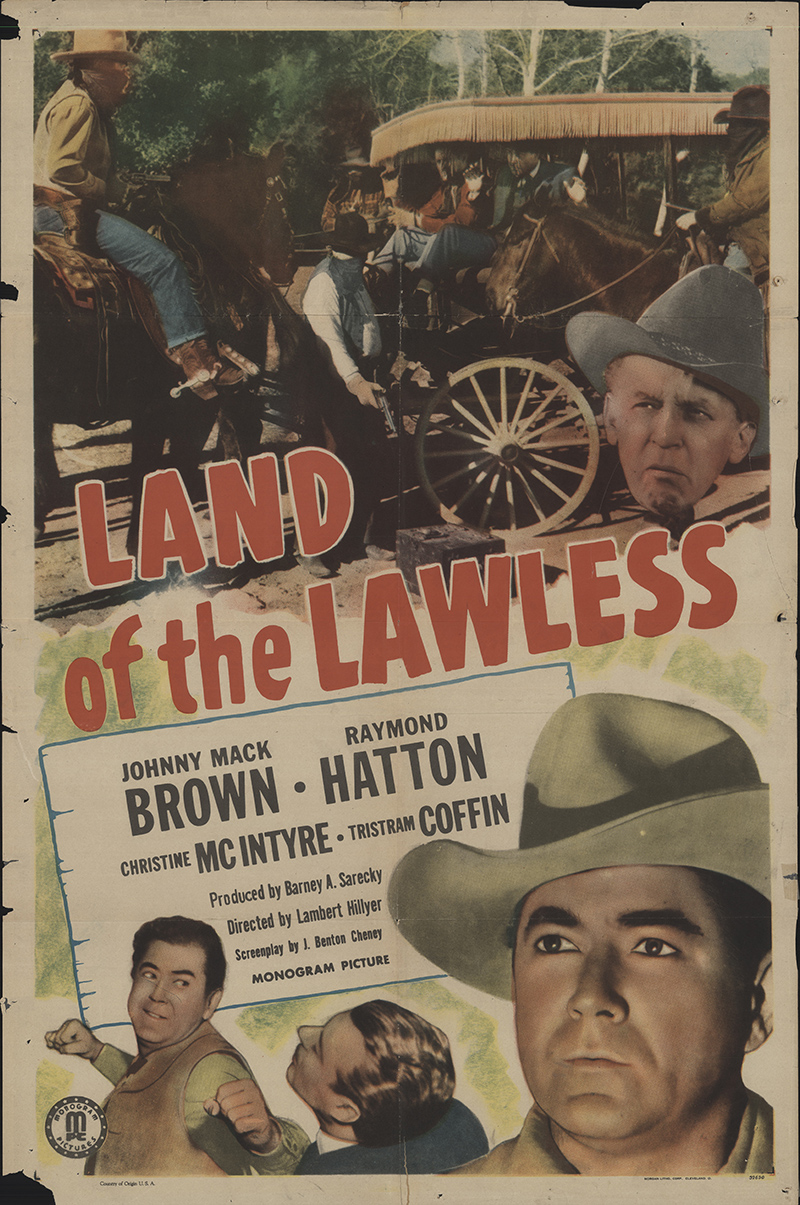