Condition Note: Fine to Very Fine. Fold wear, slight fold separation, pinholes all corners and along all borders, some staining on pinholes and across bottom middle border, slight wrinkling throughout, single-sided 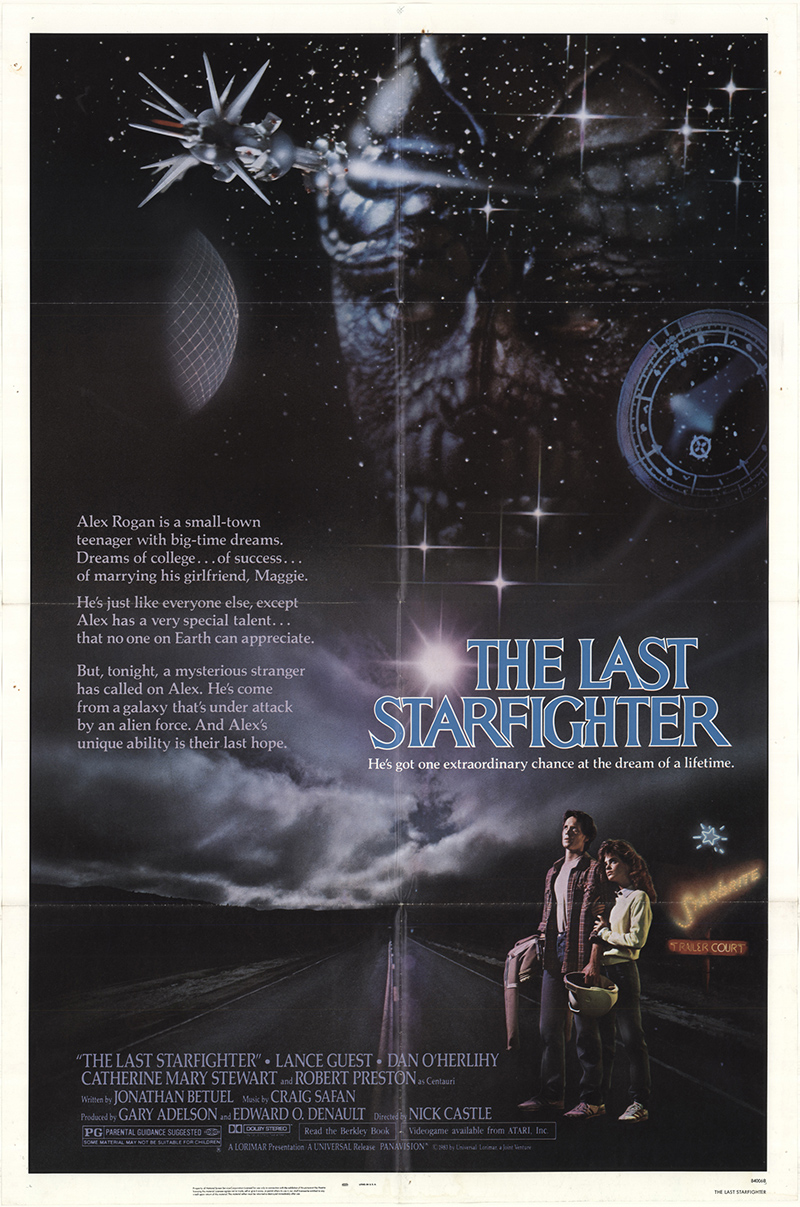 You're viewing: The Last Starfighter $60.00
Add to cart