Clem Rogers, known as “the Hanging Judge” has come to Stone Junction, Kansas in 1889 to preside over the murder trial of Pete Stone, son of town ruler “Big Tom” Stone. Things are made more difficult when Rogers learns that Joe Rile, the man who killed his father, is working for Stone. The latter, in an effort to discredit Rogers, has his henchmen leave the unconscious, beaten and half-dressed Ellie Irish in his hotel room. On the day of the trial the town slowly fills fills with strangers, all in black and all hired to fill the courtroom. Stone tells Rogers that everyone in the courtroom is related to someone Rogers has hanged and is armed, and defies Rogers to send his son to the gallows. Law of the Lawless, the 1964 William F. Claxton cowboy western (“The Hanging Judge had come to the moment of decision…”; “THE HIRED KILLERS whose only law was money.”; “THE AMBUSH that held the fate of Kansas in the balance.”; “THE FRAME UP with the most luscious bait in the West.”; “An era of violence and terror…”) starring Dale Robertson, Yvonne De Carlo (romantic leading lady who starred in nearly one hundred movies in the 1940s and 1950s; oddly, she will forever be best remembered as Lily Munster in TV’s “The Munsters”!), William Bendix, Bruce Cabot, Barton MacLane, and John Agar

Also Featuring the Cast of Law of the Lawless 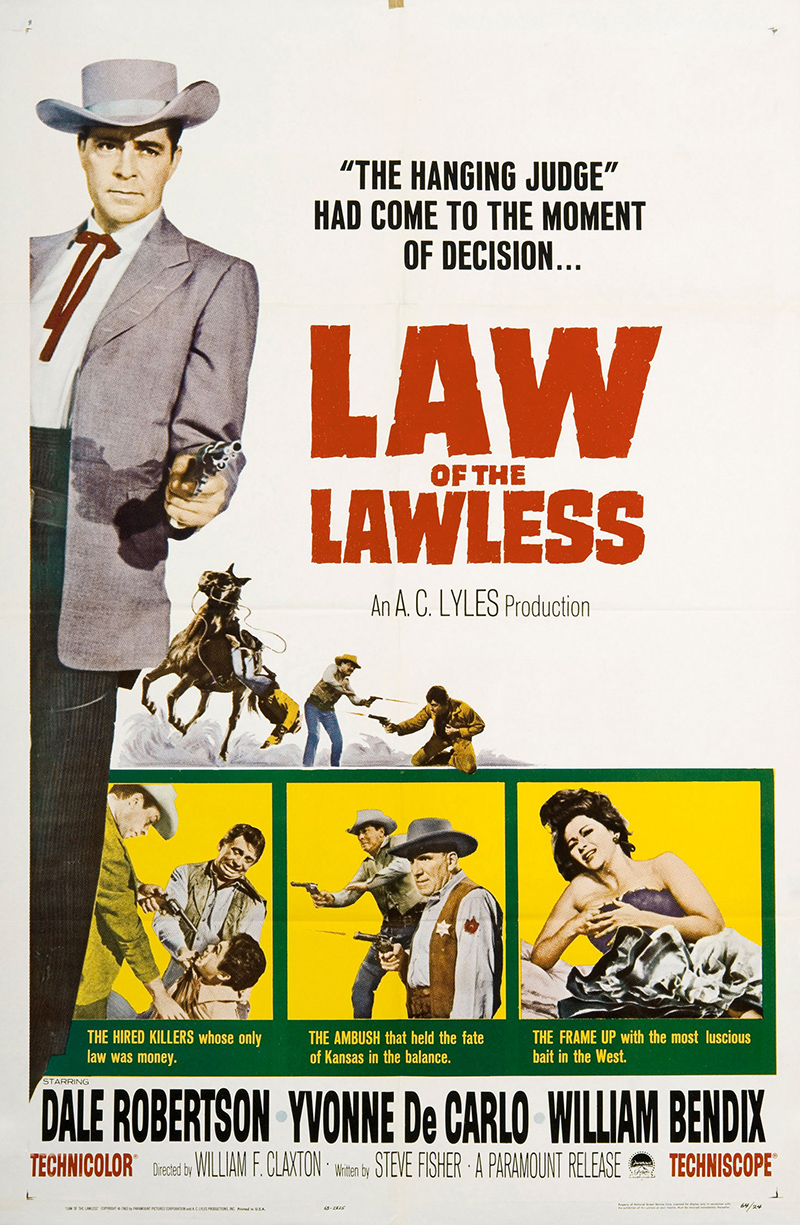