Baker is a rich southern cattle town and Wilma Harrison is one of its most famous socialites. When the rich party girl is found brutally murdered in her own bed, her husband Jack is arrested for the murder. Tony Petrocelli is a hotshot defense lawyer from New York, who moves to Baker to continue his practice after a fallout with the courts in the Big Apple and he accepts to defend Harrison. Since the police investigation was quite sloppy, all he needs to do to win is prove to the jury that the evidence against his client are circumstantial and that there’s enough room for reasonable doubt. As the trial progresses, he also realizes that the witness testimonies leave enough room for an alternate theory about what happened that night. Petrocelli doesn’t really care if his client is actually innocent or not, so he uses every trick in his bag to win. The story is based on the infamous case of Samuel Holmes “Sam” Sheppard D.O., an American neurosurgeon tried in 1954 for the murder of his pregnant wife. The movie had a TV sequel and a TV show about the character of Petrocelli and his further cases.

Also Featuring the Cast of The Lawyer 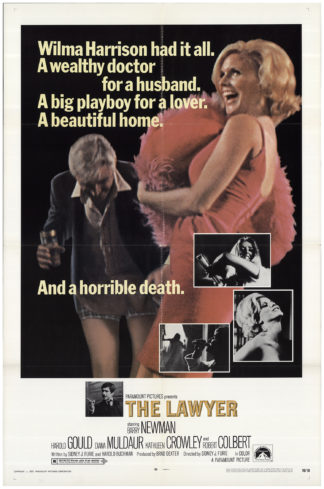