William Bonney – Billy the Kid – gets a job with a cattleman known as ‘The Englishman,’ and is befriended by the peaceful, religious man. But when a crooked sheriff and his men murder the Englishman because he plans to supply the local Army fort with his beef, Billy decides to avenge the death by killing the four men responsible, throwing the lives of everyone around him – Tom and Charlie, two hands he worked with; Pat Garrett, who is about to be married; and the kindly Mexican couple who take him in when he’s in trouble – into turmoil, and endangering the General Amnesty set up by Governor Wallace to bring peace to the New Mexico Territory. The Left Handed Gun, the 1958 Arthur Penn outlaw cowboy western (“This is William Bonney, a juvenile ‘tough’ from the back-alleys of New York… a teenager wanted dead or alive throughout the West.”; “This is the screen’s first real story of the strange teen-age desperado known to legend as ‘Billy the Kid’…”; “‘I don’t run, I don’t hide, I go where I want, I do what I want.'”; “All of a sudden, just for the ‘kicks’ Billy would slip down to Mexico…”) starring Paul Newman (as Billy the Kid), Lita Milan, John Dehner, Hurd Hatfield, James Congdon, James Best, Colin Keith-Johnston, John Dierkes, Bob Anderson, and Wally Brown

Also Featuring the Cast of The Left Handed Gun 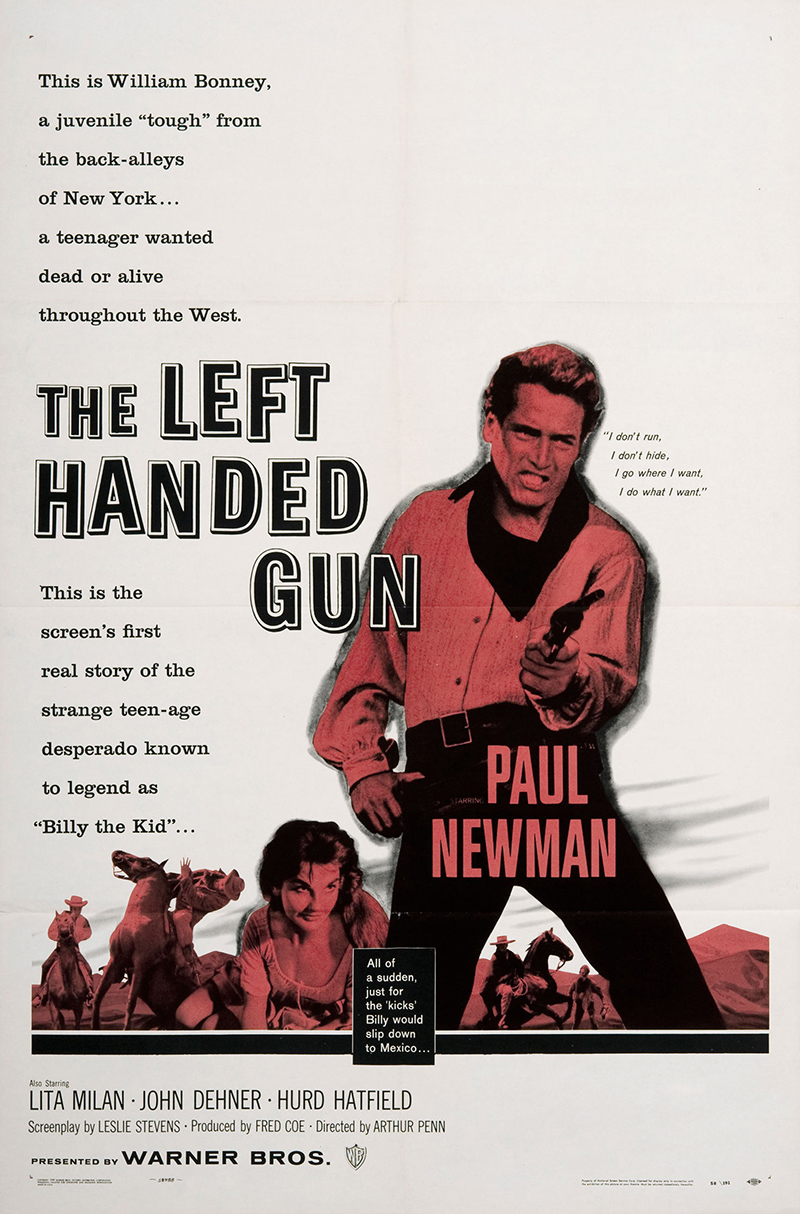