District Attorney Tom Logan is set for higher office, at least until he becomes involved with defence lawyer Laura Kelly and her unpredictable client Chelsea Deardon. It seems the least of Chelsea’s crimes is the theft of a very valuable painting, but as the women persuade Logan to investigate further and to cut some official corners, a much more sinister scenario starts to emerge. Legal Eagles, the 1986 Ivan Reitman courtroom legal lawyer comedy (“Tom Logan has a law partner who put a dog on the witness stand. A client who can’t enter a room without a crime being committed. And a case that could turn out to be the murder of the year. His.”; “A new comedy from the director of Ghostbusters.”; “Story by Ivan Reitman & Jim Cash & Jack Epps, Jr.”) starring Robert Redford, Debra Winger, Daryl Hannah, Brian Dennehy, Terence Stamp, and Steven Hill 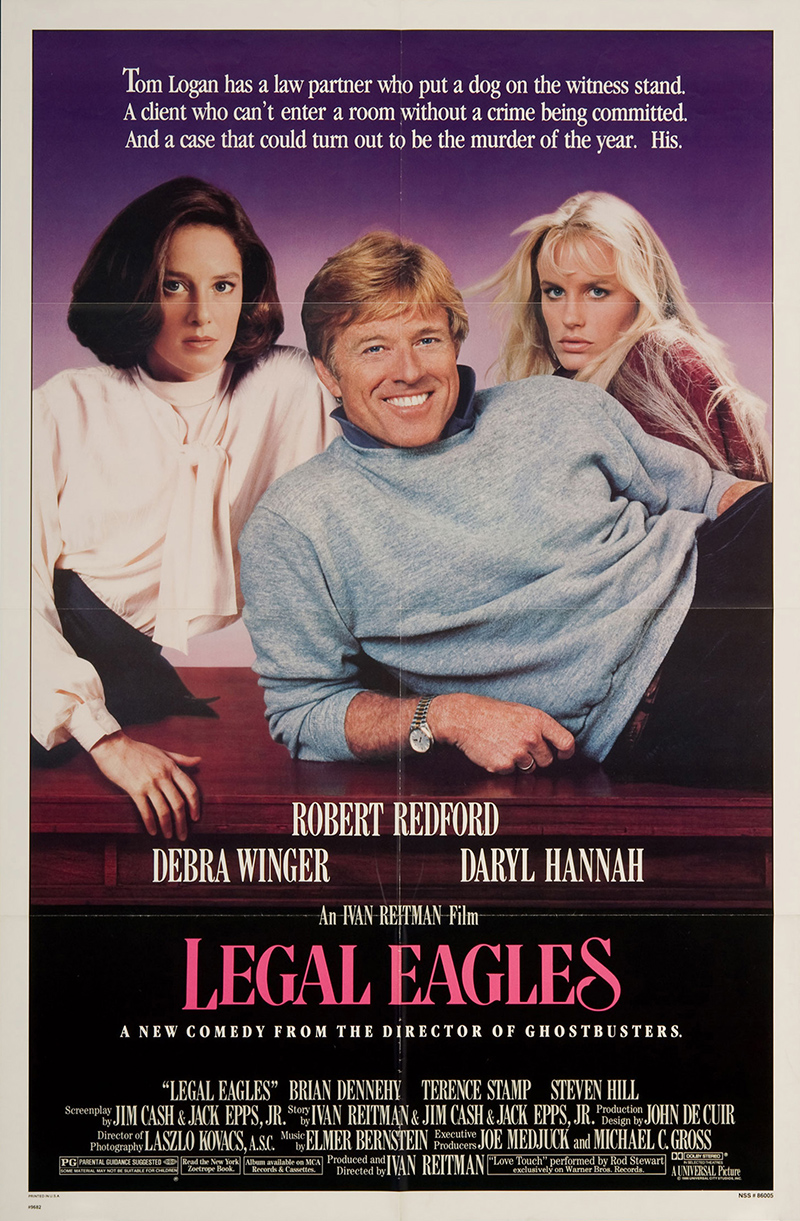