Upper class Americans Noel and Meg Johnson have a twenty-six year old daughter named Clara Johnson. Clara suffered a head injury as a child which resulted in her being mentally disabled. Clara’s mental capacity is equivalent to that of a ten year old. In many social situations, Clara’s disability can be passed off as a simple joy of life. The issue of Clara’s care has placed a strain between Noel and Meg, the latter who clings to the hope that one day Clara can lead a “normal” life. While on an extended vacation through Italy, Meg and Clara meet a twenty-three year old Italian named Fabrizio Naccarelli in Florence. Fabrizio is instantly smitten with Clara, who returns the affection. Always protecting Clara, Meg initially resists Fabrizio’s constant measures to insinuate himself into their lives. But as Meg learns more about Fabrizio and meets his family, Meg begins to believe a marriage between Fabrizio and Clara is Clara’s chance for that normal life, all the while not telling the Naccarellis of Clara’s issue. This belief places a further strain between Meg and Noel, who still wants Clara placed in some sort of institution. Not having met the Naccarellis, Noel also believes they have ulterior motives in their actions. But what happens if the Nacarellis find out about Clara’s disability?

Also Featuring the Cast of Light in the Piazza 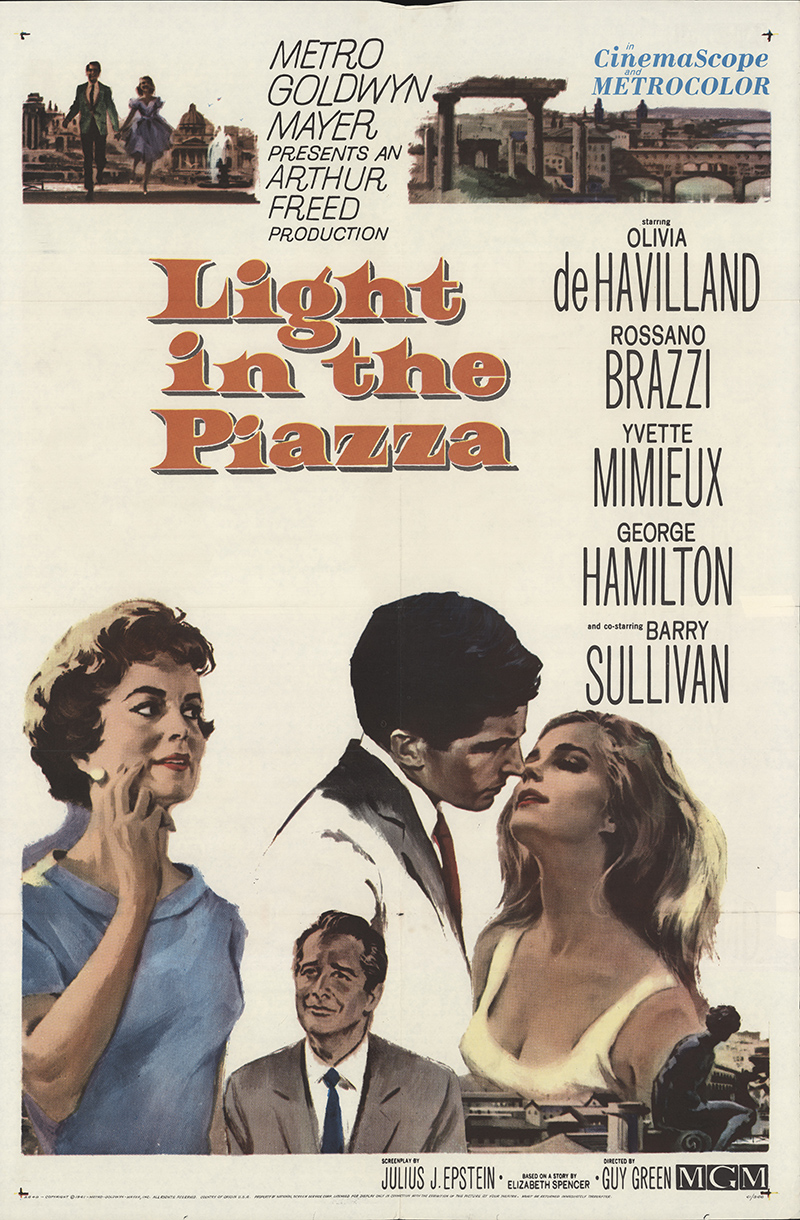