American Frank Pryor (Lloyd Bridges)) arrives in London to take up an interrupted romance with Pauline French (Moira Lister), whom he hasn’t seen in six years. At the airport a man standing alongside Pryor is slain by an unseen sniper, and he is detained by Scotland Yard for questioning. Released, he goes to Pauline’s apartment, and learns that she had an intimate association with the slain man and is not interested in talking about it. Scotland Yard also knows this and Pryor and Pauline are kept under surveillance. After complications involving the dead man’s wife, it is found that the man Pauline knows isn’t dead at all and isn’t who he is supposed to be.

Also Featuring the Cast of The Limping Man 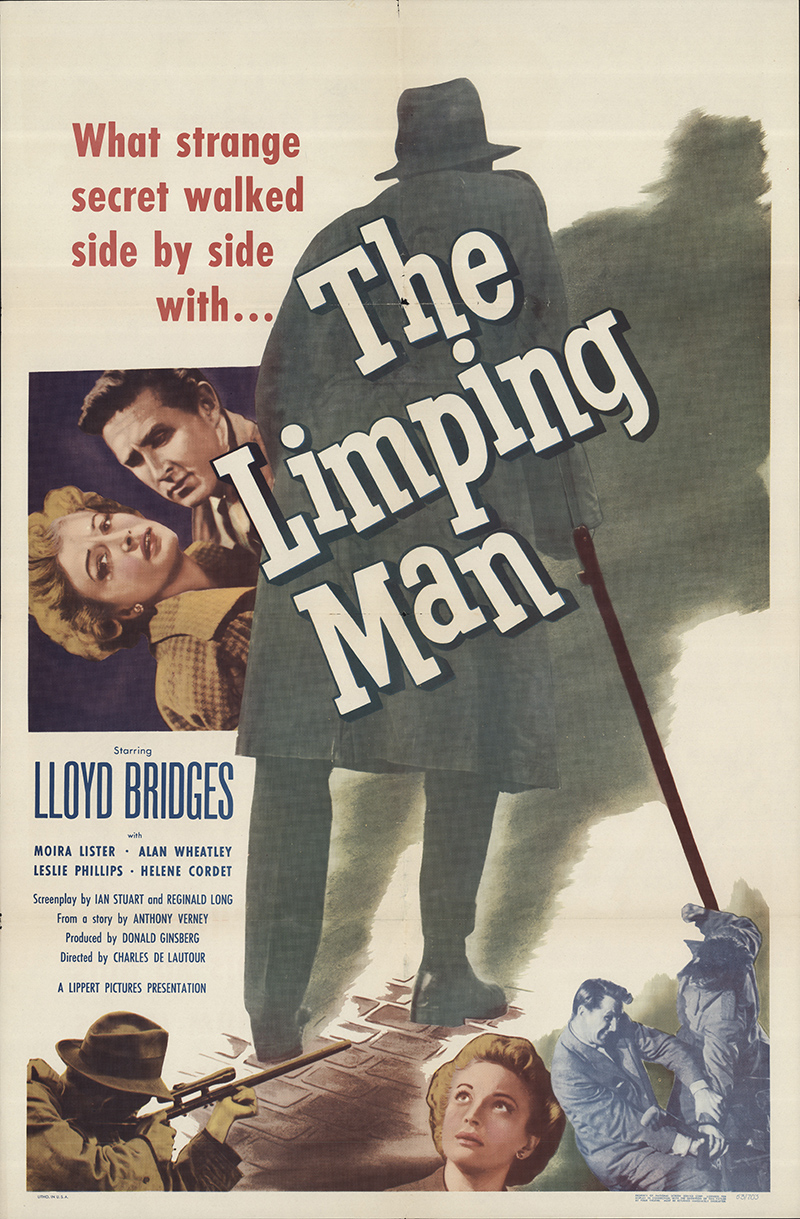