Condition Note: (VF) Pinholes on upper left and right corners, in color. Large square movie snipe covering about 1/3 of the poster attached right in the center of the poster. Folded

Messenger asks a friend to check into a list of names before leaving on a trip. When his plane is blown out of the sky, the matter becomes more serious. As his friend checks into the list, each seems to have died in mysterious circumstances. As he goes down the list, the deaths become more recent and a race to find the remaining survivors and what put each of them on this list ensues. The List of Adrian Messenger, the 1963 John Huston mystery crime thriller (“5 great stars challenge you to guess the disguised roles they play!”; “The most bizarre murder mystery ever conceived!”) starring George C. Scott, Dana Wynter, Clive Brook, Herbert Marshall, Gladys Cooper, Marcel Dalio, Jacques Roux, Tony Curtis, Kirk Douglas, Burt Lancaster, Robert Mitchum, and Frank Sinatra. Note that this movie had a gimmick, where by five of the stars appeared so heavily disguised that the audience was supposed to not be able to tell who was who, and the gimmick succeeded (but then what was the point of hiring those five famous actors?).

Also Featuring the Cast of The List of Adrian Messenger 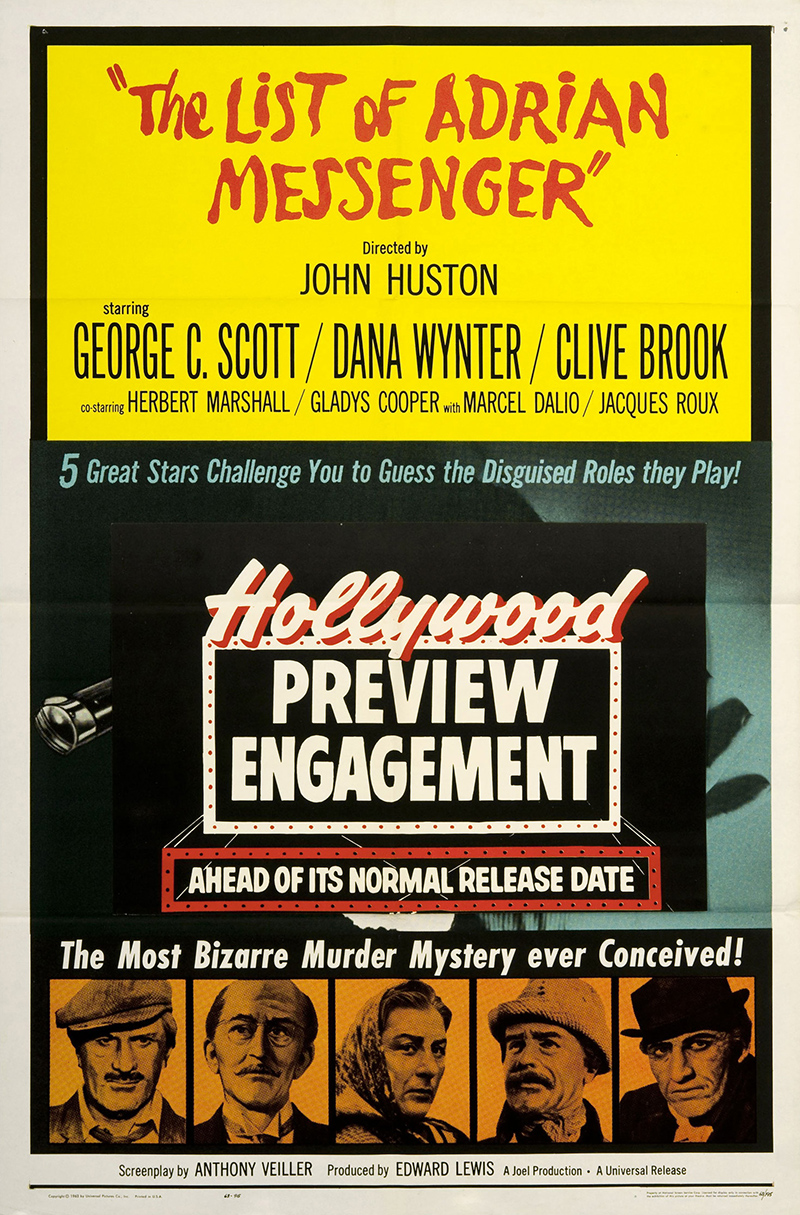 You're viewing: The List of Adrian Messenger $45.00
Add to cart