View cart “The Long Riders” has been added to your cart.

The origins, exploits and the ultimate fate of the Jesse James gang is told in a sympathetic portrayal of the bank robbers made up of brothers who begin their legendary bank raids because of of revenge. The Long Riders, the 1980 Walter Hill outlaw cowboy western (“‘All the world likes an outlaw. For some damn reason they remember ’em.’ – Jesse James”; “Written by Bill Bryden, Steven Phillip Smith, Stacy & James Keach”; in an interesting move, the gunslinging brothers in the movie are played by real-life brothers!) starring David Carradine (as Cole Younger), Keith Carradine (as Jim Younger), Robert Carradine (best remembered for his starring role in “Revenge of the Nerds”; as Bob Younger), James Keach (as Jesse James), Stacy Keach (as Frank James), Dennis Quaid (as Ed Miller), Randy Quaid (as Clell Miller), Christopher Guest (as Charlie Ford), Nicholas Guest (as Bob Ford), Kevin Brophy (as John Younger), Pamela Reed (as Belle Starr), and James Remar (as Sam Starr). Note that there were four Younger brothers in real life, but only three Carradine brothers, so director Walter Hill was forced to cast a “non-brother” as the fourth Younger brother!

Also Featuring the Cast of The Long Riders 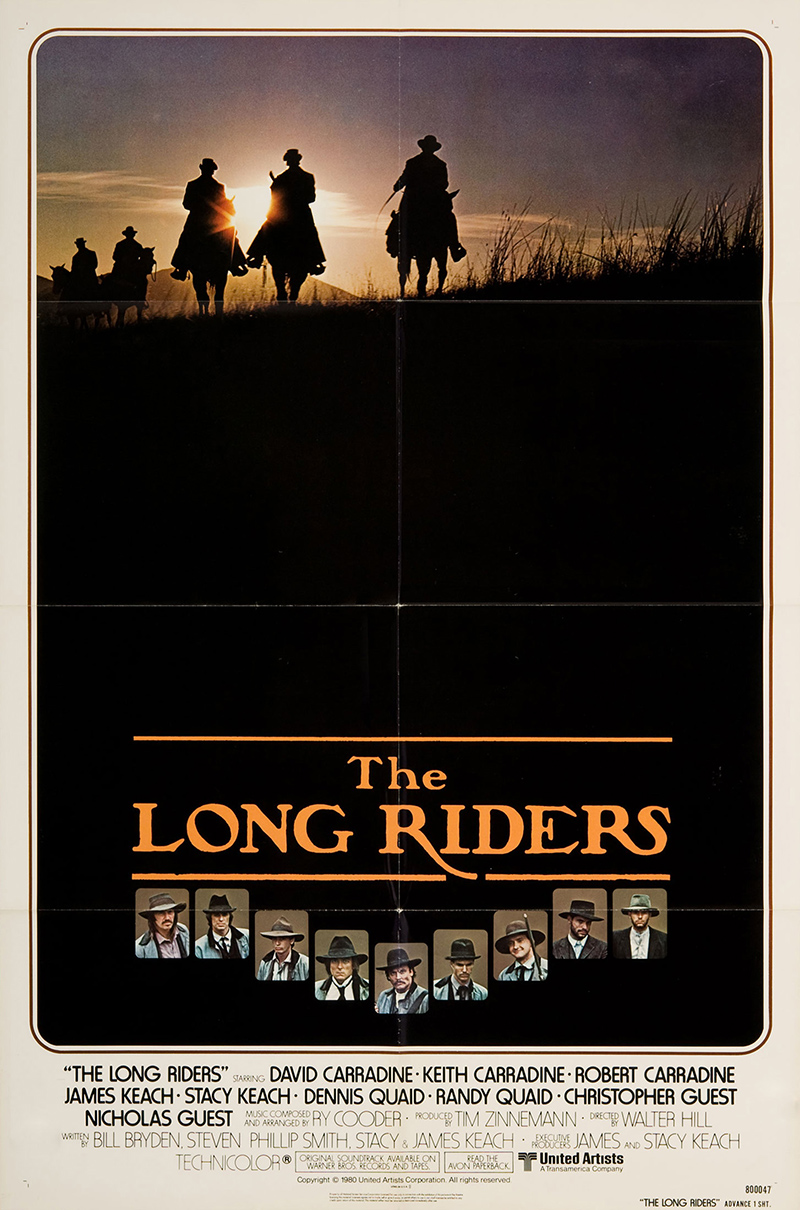