There is a legend about a great bell, called ‘The Mother of Voices,’ made of pure gold, three times the size of a man, made by monks many years ago… This is the story told in the marketplace by a Viking called Rolfe. This information finds its way to the Islamic ruler Aly Manush, who is obsessed with finding the bell. But Rolfe claims not to know where the bell is, and escapes, back to his homeland, to convince his father and brother to give him a ship and crew to replace the one he lost – or to help him steal the Death Ship which belongs to the king – because he does know where the bell is… The Long Ships, the 1964 Jack Cardiff English/Yugoslavian Scandinavian Viking action adventure epic (‘The Viking adventurers who challenged the seas… And conquered the world!’; ‘Long will you remember the Mighty Viking Adventures of The Long Ships’; ‘The greatest viking adventure of them all!’; based on the novel by Frans Bengtsson) starring Richard Widmark, Sidney Poitier (the greatest black African-American actor of all time, and, until recently the only black winner of the Best Actor Academy Award), Russ Tamblyn, Rosanna Schiaffino, Oscar Homolka, Edward Judd, Lionel Jeffries, and Beba Loncar

Also Featuring the Cast of The Long Ships 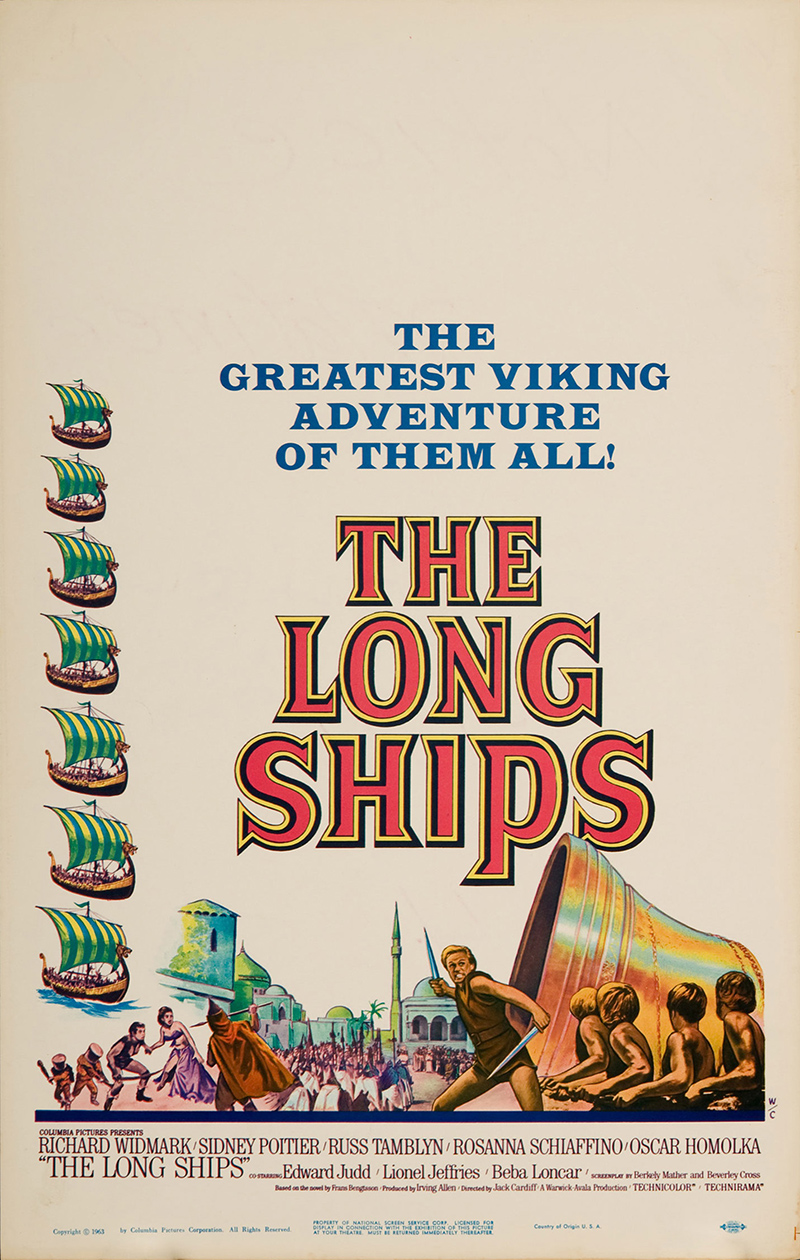