James Burke, after distinguishing himself as a midshipman in the British merchant marine, rapidly rises to the rank of executive officer, second in command of a ship. A broken foot necessitates that he be put ashore to heal. After his recovery, the very proud Jim – his pride rooted in his competence, which had made him a highly respected and admired naval officer – signs on as the executive officer of the Patna, a rusty tub manned by a third-rate crew overseen by a barbarous captain, that is transporting a group of Moslem pilgrims to Mecca. During a severe storm that causes the unseaworthy ship to founder, Jim abandons ship with the rest of the white crew without even lowering the other lifeboat for the passengers. The fleeing crew are prepared to swear they saw the Patna sink with all its passengers; however, in what Jim believes is a cosmic joke upon himself, it is revealed when they get into port on their lifeboat that the Patma did not sink but had been salvaged by a French vessel.. Lord Jim, the 1965 Richard Brooks English/U.S. adventure thriller (“Lord Jim blasts the screen with breathless adventure!”; “Fury at sea! Flames in the Far East! Fire in the jungle! Frenzy in battle!”; “Filmed in the far corners of the Far East… High Adventure that reaches across the world!”; “From the far corners of the Far East… High Adventure that reaches across the world!”; “Based on the Novel by Joseph Conrad”; “Written for the screen and Directed by Richard Brooks”) starring Peter O’Toole (in the title role “as Lord Jim”), James Mason, Curt Jurgens (originally “Curd Jurgens”, but he wisely changed his name when he moved to the U.S.!), Eli Wallach, Jack Hawkins, Paul Lukas, Akim Tamiroff, and Daliah Lavi (“as The Girl”) 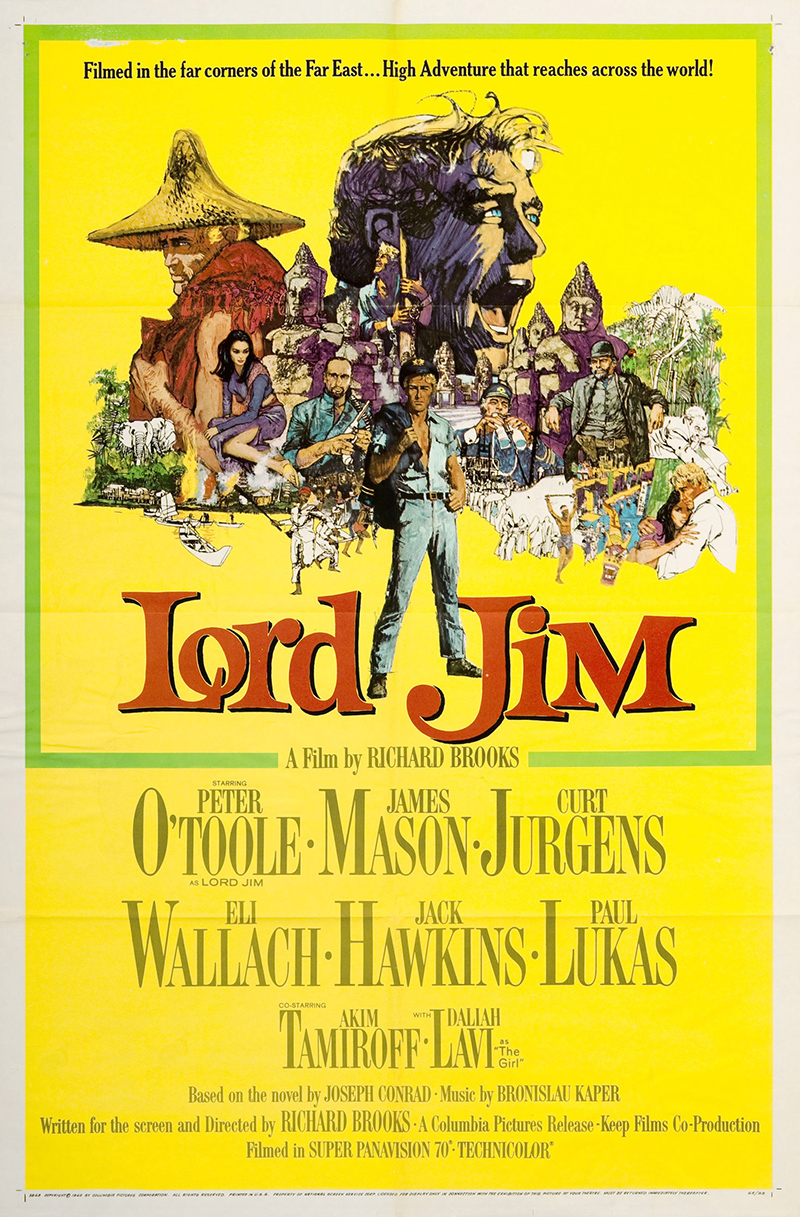