Gordon Slide and Blythe Holloway are platonic BFFs and fellow students at small San Paleo College. Gordon is bright – perhaps too smart for his own good as his smart-alecky way makes him the bane of anyone in authority. Blythe, on the other hand, is unwise to the general ways of the world. As such, Gordon acts as her protector, sort of like a big brother. Dr. Frawley, the school’s dean, believes Gordon is a bad influence on Blythe, and thus forbids the two to associate with each other. Neither Gordon or Blythe want to spend their two week Easter break with their respective family, Gordon’s being his jet setting playgirl twice divorced mother, Sandra Slide, who is vacationing in Hawaii, and Blythe’s being her straight-laced widowed Colorado senator father, Clyde Holloway. Gordon devises a plan for him and Blythe to spend their Easter break together in his mother’s empty beach front house in Balboa. Gordon’s plan may be threatened if either of their parents or Dr. Frawley find out that, despite being only friends, that they are living together alone. The plans may also be threatened with the arrival onto the scene of Coast Guard seaman Zeppe La Barba, who is attracted to Blythe. Zeppe’s arrival may also make Gordon come to the realization that he acts as Blythe’s protector since his feelings extend to being more than just her platonic friend.

Also Featuring the Cast of Love in a Goldfish Bowl 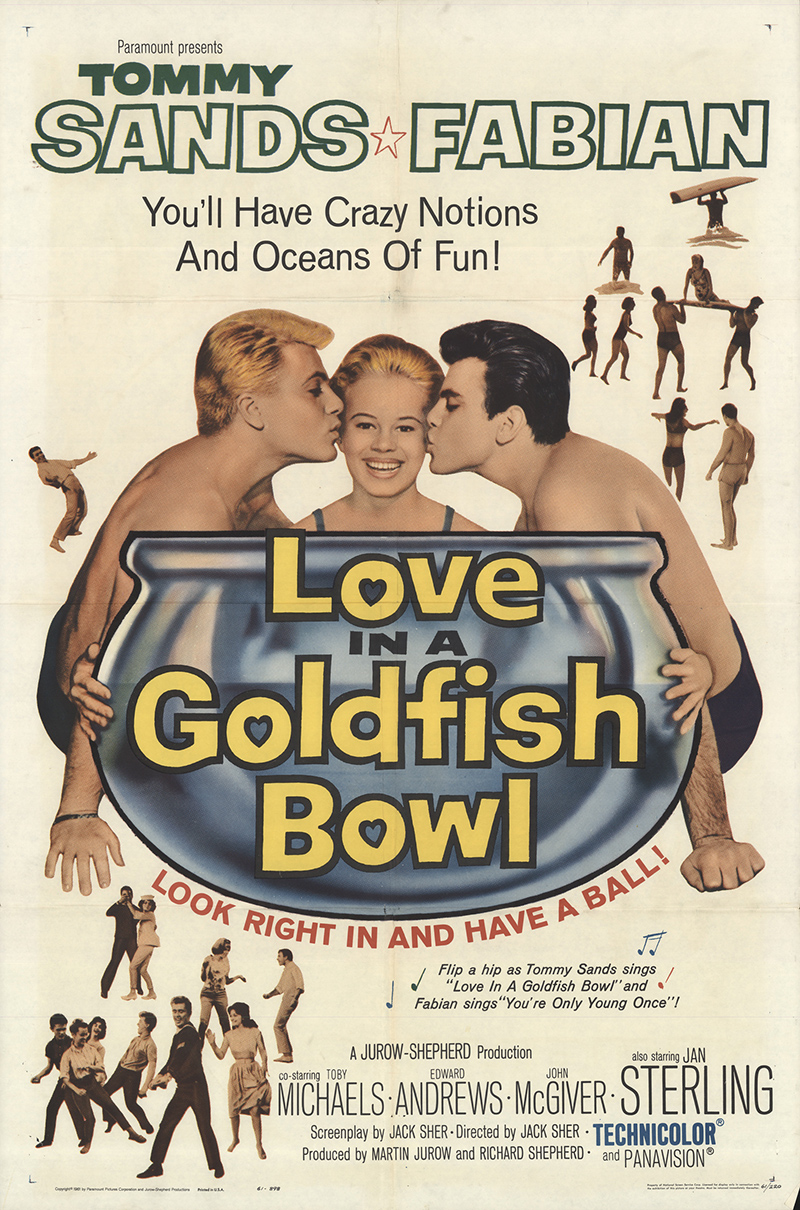